A few days ago I was on the Golan Heights, gazing across into Syria. It was a bucolic scene. Behind us stretched neatly tended vineyards and apple orchards. It was hard to believe that just a few miles away, a vicious, bloody, unstoppable war was killing tens of thousands of people as the world community stood by and wrung its hands.

The Middle East is blowing up all around them. But most Israelis are remarkably unperturbed. Tel Aviv's cafés are overflowing. Construction cranes are everywhere. The trail along the beach is filled with runners, cyclists and surfers. So there's a war right on their doorstep. So what else is new?

"Aren't you worried about safety?" our friends asked when we told them we were going to Israel on vacation. They thought a rocket might land on us at any minute. In fact, the country feels far safer than it did a few years ago, when suicide bombers were blowing up coffee shops and buses. In those days, every restaurant and hotel had heavily armed security guards at the door. Today, the guards are dressed in business suits and double as greeters. They keep their guns discreetly tucked underneath their jackets.

The ugly eight-metre-high fence that snakes throughout the country (sometimes it's a concrete wall) keeps the bad guys out. It also keeps the Palestinian problem out of sight, out of mind. Israelis have far less contact with Palestinians than before (although they flock to get their cars fixed in Arab east Jerusalem, where the cost is much cheaper). Most of them believe the Palestinian problem is unsolvable, for now. "There will be a two-state solution, but not for another generation," everybody tells me.

Domestically, the biggest issue is the Haredim – the ultra-religious Jews with their frock coats, side curls, tzitzits, black hats and numerous children. Although they make up only 10 per cent of the population, they wield huge political clout. But they are an awful drain on the economy. Haredi men are supposed to study instead of work, and their impoverished families collect a lot of welfare. Their children (who account for 21 per cent of the school-age population) go to separate religious schools, which are funded by the state but deliberately keep them ignorant of the wider world. They're also exempt from army service – which is mandatory for every other Jew.

Ordinary Israelis, who pay shockingly high taxes, are fed up with subsidizing extremists who despise them. "You break the Shabbat, because you post on Facebook on Saturdays!" one Haredi politician yelled at Yair Lapid, the secular Finance Minister, who is threatening to cut their welfare. The Haredim lost a lot of influence in the last election, and their privileges are starting to be rolled back. Women might even get equal space at the Wailing Wall, where the sexes remain strictly segregated. (On Friday, a group of women who showed up at the Wall wearing men's prayer shawls had to be protected from thousands of angry Haredi men by the riot police.)

The Old City of Jerusalem, sacred to three religions, is the most contested piece of real estate in the world. The Jews argue among themselves about how to divvy up the Wailing Wall. At the Church of the Holy Sepulchre, believed to stand at the site of Christ's crucifixion, the various Christian sects break into periodic fistfights over who controls what. The church is falling apart because no one can agree on renovations and repairs. The upshot is that no one is allowed to change a thing. A ladder has been propped against the outside wall for 150 years, but no one dares to move it.

These theological and territorial disputes are not confined to the surface of the city. They extend several metres below ground, down to the bedrock on which the original city was built thousands of years ago. Who owns the foundation walls? The tunnels? The graves? The rubble? Everyone insists history is on their side and no one can agree – and because these disputes are existential and religious, they never will. In the name of holy war, Jerusalem has been a slaughterhouse for the past three millenniums. Anyone who imagines the Israelis can bring peace to the land simply by being nicer to the Palestinians is suffering from acute historical amnesia.

Israel is a small country in a big, bad neighbourhood. You can drive from one end to the other in a few hours, and across it in much less time than that. You can see Lebanon, Syria and Jordan in the north, and Saudi Arabia and Egypt in the south. You can't see Iran, but the nuke-crazed mullahs aren't far away. Israel is a warrior culture, not by choice but because it has to be.

Yet ordinary life is astonishingly normal. Despite the fact that half the neighbours want to wipe them out, most Israelis are more preoccupied with the high cost of living. To judge by all the young families on the streets – secular as well as religious – Israelis seem a lot more confident in the future than we are. And it's not all walls and fences. At a Druze restaurant in the hills where we had lunch one day, Druze families, Arab Israelis, Jewish Israelis and uniformed soldiers with the weekend off all chowed down together on labneh and eggplant.

Opinion
Has Israel’s religious right become an unlikely partner in Mideast peace?
May 10, 2013 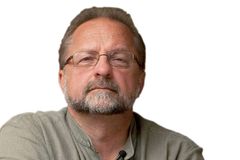 Opinion
Israel’s motive in hitting Syria was pure self-defence
May 7, 2013 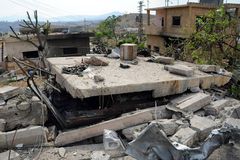