"Now do you understand what we have gone through?" That's what Kurds and Alevis say to the protesters who have convulsed Turkey since May 31. Kurds are Turkey's largest minority, and Turkey has long had a policy of assimilating them. Alevis are a nominally Shiite religious minority whose distinct identity and largely non-religious culture has placed them at odds with Prime Minister Recep Tayyip Erdogan's devout Sunnis. Both groups have been persecuted throughout Turkish history, and in modern times Turkey has all but denied their existence, outlawing the Kurdish language and Alevi organizations and pursuing, until very recently, a policy of forced assimilation.

The result of this has often led to violent confrontations: the kind of violent police repression we have seen in Istanbul for the past month has been happening in Turkey's southeastern provinces for decades, but Turks have often been unaware of these events.

The recent wave of protests, which began after a violent clearing of a sit-in in Istanbul's Gezi Park, has underlined divisions in an already polarized society. Mr. Erdogan cracked down brutally on protesters who objected to a plan to close the park and replace it with a shopping centre. Since then, matters have spiralled out of control. Police violence, excessive use of tear gas, water cannon, rubber bullets, and the arbitrary detention of protesters, journalists, lawyers and doctors are symptomatic of the shortcomings of Turkish democracy. But tensions between these protesters and the Justice and Development Party, AKP, has made the wider Turkish population acutely aware of the sort of police and military mistreatment that has long been experienced by Kurds, Alevis and other minority groups. Many of these groups are now backing the protests, and this means that a wider group than may be visible in Taksim are now organizing against the excesses of this government.

The government's response to these protests is nothing new. But for the first time excessive brutality is happening in the centre of Istanbul in the age of Twitter and Facebook and in full view of the population at large. Despite the government's intentions to keep its people ignorant they are now becoming aware of the Turkish government's dark side.

Mr. Erdogan's government has made every effort to cover up the nature and scale of the recent protests. This has taken the form of self-censoring by cowed state media outlets such as CNN Turk, which showed a documentary on penguins when the protests broke out. The government has gone further and blamed the BBC for being part of an international conspiracy to prevent Turkey's rise.

The prime minister has used strong words like "looters" and "terrorists" to describe the protesters and repeatedly bent the truth to discredit them. In order to foment the ire of religious Turks, Mr. Erdogan has repeatedly claimed that protesters drank liquor in a mosque when in fact the local imam had already denied these claims as the mosque had been turned into an infirmary in the early days of the clashes.

Kurds who have been the subject to ongoing oppression look at all of this and remark how confidently Mr. Erdogan used the word "terrorist" to describe peaceful protesters exercising their democratic rights. Kurds observing the brutality of Mr. Erdogan's recent crackdown have every right to demand sympathy for what they themselves have endured. Recently, police fired at protesters in Lice, a Kurdish-dominated district in the southeast, for protesting against the construction of a new gendarmerie outpost. Kurds note that while protesters in western Turkey are subject to teargas and rubber bullets, they are often shot at with real bullets.

While Kurds are very critical of the government's handling of the protests, they haven't been out on the streets in full force as they are engaged in a peace process with Mr. Erdogan's government and do not want to disrupt it.

But the Alevis, on the other hand, Turkey's largest religious minority, are very much involved in the protests. Alevis have felt alienated by the increasingly sectarian nature of the ruling Peace and Justice Party's domestic and foreign policy. Their demands for religious equality including recognition of their houses of worship, called cemevis, have always been denied. Car bombings in Reyhanli, a town close to the Syrian border where Alevis reside, on May 11 have attracted great controversy because there was a court-enforced media ban immediately after the attack and journalists who tried to cover it were detained.

On May 29, the anniversary of the conquest of Constantinople, the third bridge over the Bosphorus (currently under construction in Istanbul) was named after Yavuz Sultan Selim. This was the last straw for Alevis: Sultan Selim, who reigned in the early sixteenth century, is infamous for having persecuted and murdered more than 40,000 Alevis. The Alevi minority reacted to this piece of state propaganda with horror. But unlike the Kurds, who have a few organizations which represent their views, Alevis have no recourse under Mr. Erdogan's oppression.

What does all this mean? The protests that began at Gezi Park represent a watershed moment in modern Turkish politics. Turkish minority groups may well find that their best hope is in unity against Mr. Erdogan's policies. If this is the case, then Kurds, Alevis, and perhaps even Armenians and the few remaining Greeks in Istanbul may well make common cause against Mr. Erdogan's repression and agitate for a more inclusive, multi-ethnic Turkish state. But the fabric of Turkish democracy and secularism has worn very thin, and Mr. Erdogan seems bent on crushing opposition. Though Turkey is indeed at a turning point, it may well fail to turn.

Semra Sevi is a Masters student in Political Science at the University of Toronto. 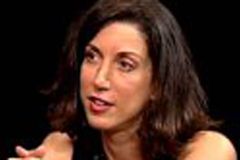