Timothy Caulfield is a Canada Research Chair in health law and policy at the University of Alberta and author of Is Gwyneth Paltrow Wrong About Everything?: When Celebrity Culture And Science Clash.

It is easy to get frustrated with the ridiculous health advice provided by celebrities. From Katy Perry's well-publicized consumption of copious amounts of supplements to Shailene Woodley's suggestions about the benefits of eating clay, there are a lot of nutty recommendations out there.

I suspect most of us don't take this stuff too seriously. It is a fun – and scientifically absurd – distraction. When Gwyneth Paltrow tells the world about the benefits of vaginal steaming, I am fairly certain the primary result is one big communal eye roll.

But, as highlighted by Angelina Jolie's piece in The New York Times this week describing her decision to have her ovaries and fallopian tubes removed, there are times when celebrities can grab our attention and frame public discussion on important health issues.

Indeed, as we learned from Ms. Jolie's first announcement, made in 2013, about her decision to have a double mastectomy, celebrity disclosures in the realm of health can have a powerful and complex social impact. Even something as thoughtful, honest and well-intentioned as Ms. Jolie's announcements regarding her deeply personal decisions can have unintended consequences on public perceptions and the use of health-care resources.

To be clear, I am not arguing that Ms. Jolie's two announcements have caused harm. It is my sense that most people in the health and science community applaud her for her brave and candid disclosures. She created the opportunity for a public discussion about genetic testing and the risks and benefits of prophylactic surgery. And there is evidence that the "Jolie effect," as it's become known in the clinical community, has had a real effect on things like referrals and information seeking.

One British study, for example, concluded that its impact "has been long-lasting and global." Indeed, the study found that genetic testing for cancer risk "almost doubled and there were also many more inquiries for risk-reducing mastectomy." Another study found that Ms. Jolie's first announcement resulted in a significant increase in information-seeking about breast-cancer genetic testing.

But it is unclear whether, in the aggregate, the "Jolie effect" will lead to better long-term health outcomes.

Most women have an inaccurate perception of their risk for breast cancer and, in some circumstances, may greatly overestimate their risk. And the benefits of many screening technologies, including population-based genetic testing for breast cancer risk, are still being debated.

Might Ms. Jolie's announcements confuse the public dialogue on these important issues? Might they increase demand for, in some cases, procedures that may not be clinically appropriate? Research has found that while three out of four individuals in the general public are aware of her double mastectomy, but that awareness is not associated with improved understanding. In other words, people know about the celebrity's story, but not the important facts behind the disease and the relevant procedures. My own work on this issue, done with colleagues at the Health Law Institute, demonstrated that the news media had an overwhelmingly positive slant toward Ms. Jolie's decision to get a double mastectomy. But the stories almost always overlooked the relative rarity of her situation. Important context was left out.

It will be interesting to watch the impact of this latest announcement. Regardless of how it unfolds, there is absolutely no doubt that, rightly or not, celebrities influence behaviour relevant to our health. Studies have consistently found they can have an impact on both bad (smoking rates, avoidance of vaccines, tanning practices, even suicide rates) and, perhaps, good behaviour.

We need to recognize the power of celebrity culture and take steps to ensure that it is balanced with scientifically sound advice. As highlighted by Ms. Jolie, celebrities are fantastically effective at starting the discussion, but we can't let them be the only voice on these important health issues. We should not let them dominate the debate. We need to think of ways to leverage celebrity in ways that are informed by appropriate context and the best available evidence. 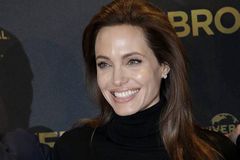 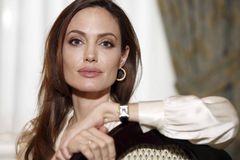 Opinion
Are Gwyneth Paltrow and other celebrities wrong about everything? Spoiler alert …
September 6, 2014