Tim Flannery is the recipient of Simon Fraser University's 2015 Jack P. Blaney Award for Dialogue. His latest book is Atmosphere of Hope: Searching for Solutions to the Climate Crisis.

As chairman of the Australian Climate Commission, I was once confronted at a public meeting by a rugged-looking miner, deep in the heart of Queensland's coal country.

The man described how drought and flood had driven him off the land as a farmer, and how he now mined coal to put bread on the table for his eight- and 10-year-old daughters. He asked me if he was doing the "right" thing. Questions like his are increasingly informing the ongoing dialogue happening in countries all over the world, as the human and economic impacts of climate change continue to grow.

Like Australia, Canada is already living in the climate future. The frequency of forest fires, drought and severe weather events continue to increase in both of our countries, and, in the case of the miner, climate change has played a principal role in undermining his earlier economic security as a farmer.

In Canada, the mountain pine beetle has decimated British Columbia's lodgepole pine forests because the winters are no longer cold enough to prevent its spread. Meanwhile, outdoor hockey rinks are increasingly threatened as the thermometer warms.

Canada's government now faces an urgent imperative to build consensus for significant emissions reductions and a detailed plan to get there.

Canada and Australia share the distinction of being among the world's worst climate polluters. Both countries have argued in the past that their emissions are small compared to global totals, and that our action is therefore unimportant. In fact, 180 of the world's 193 nations are individually responsible for less than 2 per cent of global emissions. Little progress could be made without contributions by these countries.

Two degrees Celsius is widely held as the threshold for climate warming if we wish to maintain a prosperous future. This is the stated goal of the upcoming Paris climate negotiations, and yet the leading accounting firm PricewaterhouseCoopers notes that our current emissions trajectory will miss this target by a wide margin.

One option that B.C. has adopted to correct this course is through carbon pricing, which sends market signals that steer capital towards low-carbon alternatives. Alberta has just announced its plan to introduce a carbon tax starting in 2017. This allows us to invest strategically when existing infrastructure comes to the end of its usable life cycle. If we wait to act, we risk reinvesting this capital in carbon-intensive industries that face significant disruption over the next 15 years, putting our economic resilience into question.

In the years 2012 through 2014, the Australian economy continued to grow by 3 per cent despite the introduction of a carbon tax and a subsequent drop in emissions. This occurred at a time when other countries' economies were faltering, demonstrating that carbon pricing is not the economic boogeyman critics would claim. The experience in B.C. is even more encouraging, where its revenue-neutral carbon tax has resulted in emissions reductions with no net increase to taxation levels and better economic growth than the national average.

The ethical and economic imperatives to reduce our carbon emissions have never been more decisive. The encouraging sign is that climate change, jobs and the economy were all major topics in the recent Canadian election. Rather than viewing these as competing priorities, we increasingly understand that a prosperous economy cannot function in the long term without a stable climate.

Like the miner in Queensland, many Canadians will need help finding alternatives to the carbon-based economy. Their voices should be included and respected. After all, it is these same entrepreneurs and tradespeople who will have the skills and knowledge to help realize the low-carbon economy.

Structural changes to an economy take time, and by acting now, these changes can be spread over a longer period to allow time to adjust.

We have reached a defining moment in our history. Canada's new government has a true and present opportunity to show leadership at the Paris climate talks. To achieve this, we will need substantial targets and a credible plan. Getting there will require each and every one of us. 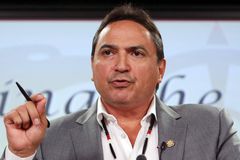 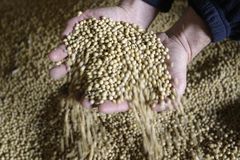 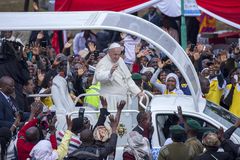