Lorna Dueck and Stephen Lazarus are producers at Context, a television show that explores current affairs from a Christian point of view.

A stubborn religious minority is beginning to push back against medical assistance in dying as it's outlined in Bill C-14. Mennonites who run Salem Home in Winkler, Man., spend about $10-million a year of taxpayers' money for end-of-life care. And they are making a few rules of their own on doctor-assisted death.

For starters, language: They call it physician-assisted suicide. No one associated in any way with Salem – not staff, board members, volunteers or contractors – can "express their approval of, participate in, condone or refer residents to physicians who are prepared to carry out physician-assisted suicide for residents of Salem Home," according to the home's four-page defence-of-conscience-rights declaration.

For them, it's a matter of conscience rooted in their view of the dignity of human life.

Of the 146 residents who live at Salem Home, 92 per cent have some form of dementia. It's hard to tell nurses apart from the 221 volunteers, as uniforms are optional, as is breakfast. Residents are not on a wake-up schedule, but free to graze like a teenager in the morning, dining in nine decentralized rooms for their other meals. Standards for care are such that it was a scandal at Salem when a staff-led review discovered that some residents were going three hours without having a caregiver touch, hug or speak with them. The average stay is 30 to 40 months; after that, the staff like to say, a resident's next home is heaven.

Salem is a Christian institution that teaches through the life and death of Jesus, all have the option of a new body in the great Resurrection. Salem's statement of beliefs and convictions reads that life is sacred, because "it originates as a creative expression of God and God alone has the determinative power for the timing of death."

All families are required to ensure residents are admitted with advanced directives on withdrawing medical or surgical treatment, and much discussion centres on lessening, not increasing, medications.

I spent a happy afternoon eating strawberry-rhubarb tarts at Salem recently: The berries had been hulled by Mennonites in wheelchairs, while more mobile residents baked the tarts in a leisure room called Oma's Kitchen.

These community leaders representing millions of Canadians agree that doctor-assisted death is a dangerous and misguided development in Canadian health care and law.

At an interfaith press conference last month in Ottawa, interfaith leaders confirmed that for them, the Senate debate on Bill C-14 was just the beginning of a broader discussion over what "a good death" looks like. These belief leaders want to expand the debate beyond the "right to die" to recommended initiatives that they say could "develop a pan-Canadian palliative and end-of-life care strategy, to address the need for high-quality care for all Canadians."

How Canadian that could be, to see diverse beliefs working together to enhance quality of life and positively influence the course of illness.

No one would argue against that, but we do neglect it in legislation, and in how we craft our laws.

The debate on individual rights to a hastened death has been heard. Let's work now for our values of community-based palliative care to be just as vocal and noted in our media and Parliament. 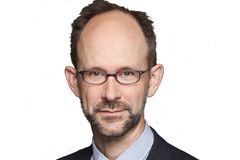