ROBERT BROWN
Contributed to The Globe and Mail
Published February 6, 2012 Updated May 3, 2018

Faced with an aging population that the Prime Minister claims poses a threat to our social programs, Stephen Harper says we need to make Canada's retirement-income system sustainable. He hinted that part of the solution might be to raise the age of entitlement for Old Age Security benefits to 67 from 65.

The government has since softened on this point, and assured Canadians that any reforms put in place will ensure the security of retirement benefits for existing seniors and future generations, but the idea of pension reform still looms.

Certainly, the sustainability of the OAS and CPP/QPP is worth a public discussion. But such a debate should be based on fact, not perception.

We are told, for example, that OAS will cost Canadians $108-billion in 2030, up from $36.5-billion today. While both figures are correct, they're meaningless on their own. What we need to know is whether such costs are affordable in a growing Canadian economy. Is the system unsustainable?

Thankfully, the answer already exists. The Chief Actuary of the OAS system reports regularly (and publicly) on the system's financial health. In his last published report (the eighth, in 2008), he confirms that the cost of OAS (including the Guaranteed Income Supplement) would rise to $108-billion in 2030. He also points out that, while there were 4.7 Canadians aged 20 to 64 per individual aged 65+ in 2007, that ratio would fall to 2.4 in 2030, or almost in half.

But there are other attributes that need to be remembered. First, OAS is taxable income, so a lot of the moneys paid out go straight back to Ottawa. Second, the OAS is further clawed back depending on your income. If your income exceeds $67,668, then you lose your OAS at a 15-per-cent clawback rate. If you have income of $110,123 or more, you get no OAS at all.

For the GIS, the clawback rate is 50 per cent starting at $3,500, so if you have income in your own right of $16,230 (other than the OAS), you get no GIS. Finally, OAS/GIS costs rise with the consumer price index, whereas tax revenue rises with the growth in GDP. The latter usually rises faster than the former.

So do we need to worry about the sustainability of OAS? Not according to the Chief Actuary.

Based on the assumption that the cost of living would rise 2.5 per cent a year and that earnings would rise at 3.8 per cent a year (i.e., real wage growth of 1.3 per cent per annum), the Chief Actuary projected that the cost of OAS as a percentage of GDP would be 2.2 per cent in 2007; it would then peak at 3.1 per cent in 2030, then fall (as baby boomers die off) to 2.7 per cent in 2050. He further points out that, if these assumptions prove to be true, each generation of retirees will receive an OAS benefit that will be a smaller ratio of their final pay (the replacement ratio) than the generations before.

Does this indicate that the OAS system is unsustainable? Are we facing a demographic avalanche or a glacier?

Raising the eligibility age for OAS is regressive legislation. It's well known that wealthy Canadians live longer than poorer Canadians. Look at a blue-collar worker with less than a high-school education who retires at 65. That person's life expectancy could easily be around 10 years. If you raise the age of eligibility for OAS to 67 from 65, you remove 20 per cent of that person's expected benefits. A wealthy Canadian, on the other hand, could just as easily be looking at a life expectancy of 20 years. Thus, moving this person's age of eligibility up by two years is a 10-per-cent reduction in their benefits.

So two key questions need to be addressed. First, is raising the age of eligibility for OAS really necessary, or is the system sustainable as is? Second, how does one justify a public policy shift that's so clearly regressive in its impact? 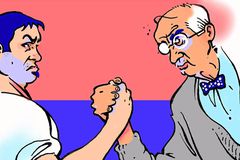 Statscan numbers highlight concerns about aging and the work force
May 3, 2018 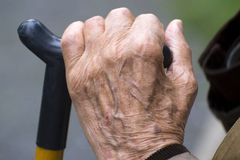 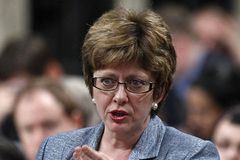