Re Manifesting Destiny (Opinion, Oct. 31): Contributor Richard Ford eloquently summarizes the American story as nobody else can. It would be picky of me to ask how one mends a dog’s breakfast, but for Mr. Ford’s sake, and that of millions of others, I hope it can be done.

It is disheartening to ponder the degree of contributor Richard Ford’s discomfiture with the state of America, and he is certainly not alone. However, the decline of a successful country is often precisely because of the citizenry’s loss of faith in its founding principles and the institutions that apply them.

A strong country can survive and thrive through much turmoil if its citizens believe in it, and have the courage to support leaders who fundamentally share those convictions. On the other hand, if there is consensus that a country was illegitimately built on lies, revolution is inevitable and probably justified.

Every American, including Mr. Ford, would then have to decide for themselves.

I believe Donald Trump missed an opportunity to pull off a second term in the White House. He only had to step away from partisan politics and be more of a leader.

All three jurisdictions sacrificed economically in order to quell COVID-19. The response from the electorate was to re-elect their present governments to ensure more of the same: be kind, be safe, pitch in for the common good. Even the Prime Minister got the message and was ready to fight an election on his pandemic record.

As Mr. Trump said from the get-go, he is not a politician – he doesn’t get it and never will.

I am a Canadian and a newly naturalized U.S. citizen. I’ve lived in both countries, and it’s fair to say that the problems are the same.

I find voter suppression, racism, climate change, corruption, gun violence and gender inequality are everywhere, Canada included. But both countries also offer tremendous opportunities for their people. We can learn from one another’s successes and failures to make this world a better place.

Re No Star Athlete Should Be Leading A Political Debate and O’Ree’s Memoir Chronicles The Life Of A Trailblazer (Sports, Oct. 31): It was jarring to read about Bobby Orr’s support for Donald Trump juxtaposed with a feature on Willie O’Ree’s autobiography. Both men played for the Boston Bruins but had little else in common.

One was an extremely talented, highly paid player who spent his entire career basking in fame. The other was a journeyman who made little money and has fought racism throughout his life.

Mr. Orr says that Mr. Trump is the kind of guy he would want on his team. How discouraging to hear this when so many athletes are speaking for the Black Lives Matter movement and against the President.

Thankfully, Mr. O’Ree reminds us there are still some hockey players we can look up to with pride and respect.

Everyone living in a democracy is entitled to their choice of candidate. Bobby Orr chooses to endorse Donald Trump. He is a wealthy white male who, I’m sure, benefits from the President’s tax policies.

However, my respect for him is lost when he endorses a man who refuses to denounce white supremacists, and who tore thousands of children from their parents and locked them in cages. Shameful.

On Bobby Orr, columnist Cathal Kelly writes that “this is what happens when people confuse being handed a pulpit with leading a congregation.” As a minister, I am handed a pulpit and asked to lead a team.

Through what I say and reflect, people will assume my political stand without my ever stating it or paying for an advertisement. To me, it is clear by the way Donald Trump preaches and leads that he is void of much compassion or wisdom. He isn’t a team player, either.

Bobby Orr was my childhood hero. But perhaps he should remain on the ice, rather than fuelling fires off it.

Re (Limits Of) Free Speech (Letters, Oct. 30): Letter-writers have commented that it is unnecessary to display images of the Prophet Mohammed in order to exercise free speech; that doing so in France violates the idea of fraternité.

Take a different example: In certain parts of the world, some people are offended when women show their arms. Does this mean that women should not bare arms anywhere in the world? If I choose my wardrobe based on the beliefs of other people, I either agree with those values or live in fear of them.

The same should be true when we decide not to show an image of the Prophet Mohammed.

If the violence of some Islamic fundamentalists is not representative of all Muslims, then we should neither agree with the belief of some Muslims that an image of the Prophet Mohammed is sacrilege, nor live in fear of repercussions for exercising freedom of expression.

And, surely, fratricide is the pinnacle of lacking fraternité.

Some age, others mature

Re Actor Gained Fame As The Original James Bond (Obituary, Nov. 2): Sean Connery was an excellent actor and a bit of a rogue.

In addition to being the best James Bond ever, there are multiple movies that showcase his acting prowess. My favourite was his Robin Hood in Robin and Marian, with his street cop in The Untouchables coming a close second.

Notwithstanding the positive tone of reports about Mr. Connery’s death, I’m sure he would have been quite annoyed that all mention James Bond in the headline.

Re How To Let Go (First Person, Nov. 2): As a philosopher and bioethicist, I’m immersed in academic argumentation on the morality of medical assistance in dying.

As a member of the newspaper-reading public, I’m up on the details of the federal government’s revisiting of MAID policies. If there were any doubts as to the power of the human story, as antidote to antiseptic academic discourse and vapid policy wrangling, Nikita A. Crook’s essay on her mother’s passing should put them to rest. It stopped me in my tracks. 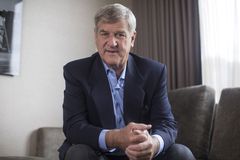 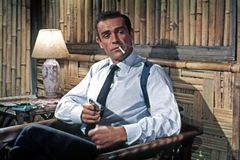 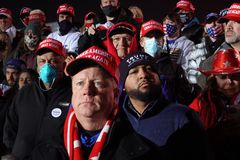