Re Re Making It Up As They Go: The Liberals Don’t Seem To Have A Plan For The Border (Online, July 8): One can only hope that on July 21, our government will come to its senses and relax some, if not the majority of, U.S.-Canada border restrictions. One in particular feels long past its best-before date: To arbitrarily distinguish between Americans and Canadians with two vaccinations is utterly baffling to me.

It seems to be a case of clear and unwarranted discrimination. This is particularly so for two-dose Americans who have demonstrated their affection for Canada, and their confidence in our future, by maintaining a residence or establishing a business here. Regrettably, these are among the people whom we have made suffer by obstinately banning their entry.

Why do we persist in making them feel unwelcome? Surely it is time to drop a restriction that is so insulting to friends and neighbours who have amply shown their love of Canada, and taken all of the internationally recommended precautions available against COVID-19.

I am relieved that Canadians have a magical protective factor, which permits those of us who have two shots and test negative to enter the country without having to quarantine. Not so for hapless foreigners who are similarly immunized and just want to spend their money here.

Re ‘It’s The Hesitant Group That We Need To Be Able To Convert’: First-Dose Vaccinations Plateau Across The Country (July 7): A small business owner came to quote us for a job. It turned out he was vaccine-hesitant.

He wasn’t against all vaccines, but felt that not enough was known about approved COVID-19 vaccines. He had succumbed to the messaging on various conspiracy websites and even mentioned that some sites thought the vaccines could cause abortions. No amount of discussion seemed to persuade him that they are safe.

He actually seemed like a nice guy, but a very misinformed guy. The government should start a serious marketing program to convince people that vaccines are safe, and directly attack misinformation.

Vaccinating remaining unvaccinated Canadians requires reaching those who are unable to use the internet or navigate ever-changing booking systems, or who lack a family doctor or find it difficult to leave home. Some are hesitant or have lingering questions.

The recent census is an excellent example of outreach using a range of approaches. Enumerators go door to door, making multiple visits if needed.

Why not a similar approach to vaccinations? Send ambassadors to provide information, answer questions and make appointments on the spot. They could even administer vaccines.

Such a program could serve as a model to the world and raise slowing vaccination rates, which experts say is essential.

Re Trudeau Skirts Language Symbols To Appoint A GG Who Expresses Hope For Indigenous Reconciliation (July 7): The responsibility for Mary Simon’s inability to speak French would lie with successive Quebec governments.

The territories of the Cree and Inuit in today’s northern Quebec were transferred from the federal government by the 1912 Boundary Extension Act. But Quebec refused to assume responsibility for the Indigenous people who lived there, and even took Ottawa to court to enforce its position. The first Quebec politician to set foot on Inuit territory was René Lévesque, as a Liberal cabinet minister, in 1964 – 52 years later!

Residential school and federal day school were the only option for Inuit children, and no French instruction was available until Quebec introduced its own system in the 1970s. As a result, no Inuk in Quebec who finished elementary education before then had the opportunity to learn French.

Re My Departure Wasn’t The Solution To The CBC’s Problem With Racism (Opinion, July 10): What a professional journalist Wendy Mesley is. Her “mea culpa” shows me not only her erudite ability in grasping controversial concepts, but also how badly the CBC handled the issue.

I still can’t believe that producers were so soft-skinned to be truly offended in a meeting about how to help give them justice on the CBC.

We all make mistakes at work. Neglect to copy the boss on an important e-mail? Mistake. Miss a critical meeting? Mistake. Use an offensive word on two separate occasions? That’s not a mistake – I believe it’s a pattern of racial discrimination by a powerful and influential white person.

I’m sure that Wendy Mesley didn’t intend to hurt anyone. This should be besides the point. Racism isn’t merely a character flaw. This was a golden opportunity to reflect on the horrific impact of a word, rather than the impact on her professional legacy.

Re Fur Is Finally Falling Out Of Fashion (July 5): I trust everyone who objects to fur fashion is a vegan. My mink coat was made with farm animals bred specifically for this purpose. So unless one eats nothing with a face, please differentiate between the domestic and the wild.

Taking the life and skin of a beautiful animal for vanity is no longer something to be admired.

As a former speechwriter at Crown-Indigenous Relations and Northern Affairs Canada, I had occasion to write about the importance of seal products to Inuit life: in boosting local economies, providing nutrition and its use in art, culture and design.

On May 20, 2017, Canada celebrated its first National Seal Products Day thanks to federal legislation. And Mary Simon, our new Governor-General, worked to elevate this issue to the European Union when she was president of Inuit Tapiriit Kanatami.

It is my hope that southern Canadians might come to embrace the beautiful clothing, footwear and accessories made with seal fur by Inuit creators. For my part, I will continue to speak up when I can and wear my seal fur creations – purchased from Indigenous artists – with pride.

Re Repent, Repent (Letters, July 8): I respectfully disagree with a letter-writer. Considering the recent reality of religions, I believe he has it backwards.

There is good in all humans; religions are the problem. 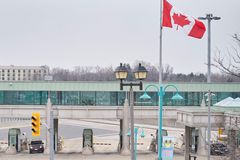 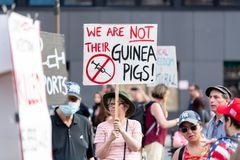 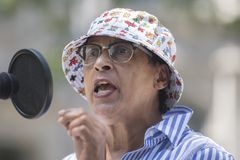