One of a kind

Re Canada Only Country Willing To Detain Meng, China Says (Sept. 4): A Chinese official says that Canada is involved in a “dirty game” and advises that the world’s countries “don’t help the wrong [country] do the wrong thing.” I believe Canada is doing the exact opposite in assisting one of our closest, longest-standing allies to do the right thing.

In so doing, Canada is standing up and giving an unequivocal ’No’ to China’s global aggression and injustices, including the persecution of its Uyghur citizens and its breach of guarantees for Hong Kong’s autonomy.

There should also be a big no to Huawei in Canada.

How gratifying to know that Canada was the only country to apply the rule of law and detain Meng Wanzhou. Thanks to China for the high praise!

Re In Rebuking John A. Macdonald Protesters, The PM Undermines His Claim Of Allyship (Sept. 3): Perhaps a suitable model to judge actors and events from the past, such as Sir John A. Macdonald or the residential school system, is the remarkable, but little known, Wellington County Museum and Archives in Fergus, Ont.

It is situated in the monumental House of Industry and Refuge, the last of Ontario’s nine poorhouses, which closed after 70 years in 1947. It housed more than 1,500 “inmates” admitted for various misfortunes candidly listed in records as “old, destitute, deserted, lunatics, sick or blind.”

The museum features an extensive display titled, “If These Walls Could Speak,” and informs visitors that “in the 19th century, middle-class beliefs blamed the poor for their misfortune, and believed that the morals of the poor could be corrected through punishment and hard work.” More than 200 inmates are buried nearby in unmarked graves.

Viewing the displays is a heartbreaking experience but succeeds admirably in helping one understand how patterns of profound, entrenched institutional darkness can descend and then persist. In 2007, the museum was presented with the Ontario Museum Association’s Award of Excellence.

Re Building A History (Letters, Sept. 3): A letter-writer quite rightly points out that Indigenous people have likely given plenty of thought to a world without Sir John A. Macdonald and the formation of Canada. And they have probably concluded that such a world would mean the concerns they now bring to Ottawa would be taken to Washington instead. Better the devil you know?

Why don’t we take a leaf out of the book on handling the issue of English versus French signage in Quebec?

Government could assess the merits of accusations against an individual honoured with a statue. If they agree, a larger plaque could be added to explain these deficiencies and provide appropriate information on groups who have been wronged. Perhaps independent committees could rule on the erection or destruction of statues and correct language on plaques as needed.

I have observed the shift in public opinion of Bonnie Henry and Deena Hinshaw as they struggle to guide British Columbia and Alberta through the safe opening of schools. They appear to have gone from superheroes to zeroes in the space of weeks.

This led me to the happy thought that there will be fewer problematic statues in the future, since few leaders will prevail to have statues erected in their honour.

Every little thing she does

Re Our Public-health Heroes Are Suddenly Under Attack. And It’s Wrong (Sept. 4): I have no doubt that public-health officials are making tough decisions with imperfect information. But I believe criticism was well earned by withholding or politicizing facts about masks and withholding useful information about outbreak locations out of unfounded fears of stigmatization.

These scientists are learning what so many people who live and work in the public sphere know: Eventually, the magic goes away.

One of the worst side effects of the pandemic is that everyone seems to have become an expert. Opinions often fly in the face of medical science and the sage advice of infectious disease specialists.

Poor Bonnie Henry, pilloried for offering B.C. students a measure of comfort. And what about Deena Hinshaw, after Jason Kenney rescinded Alberta’s state of emergency without notifying her?

It’s easy to be an armchair quarterback. But we should let go of petty sniping and partisan politics. Let’s take the high road.

Re The Necessary War: Remembering The Victories And Losses Of The Second World War (Sept. 2): In regards to the Battle of the Atlantic, what should also be pointed out was the introduction of the B-24 Liberator bombers, which in good part turned the tide in this battle. Their ability to escort convoys right across the Atlantic in turn broke the back of German U-boat wolfpacks that had been decimating the fleet.

My uncle, Stephen Andrew Sanderson, was one of the Liberator pilots who flew these missions. In a tragic accident, his Liberator, ferrying 24 Royal Canadian Air Force members on furlough, crashed on Canadian soil. The accident occurred in 1943. However, the remains of the plane were only discovered in 1946, close to the peak of Montagne Noire in Saint-Donat, Que.

Eighteen members of my family gathered there last year to commemorate the 75th anniversary of the accident. Although only one of those in attendance had ever met my uncle, none have ever forgotten his sacrifice.

While Canada may not be doing a good job of remembering our country’s remarkable war effort, Western Europe is.

In 2017, my brother, two cousins and I followed the path of the Canadians from Juno Beach through France, Belgium, the Netherlands and across the Rhine into Germany, with war diaries of three regiments and contributor Tim Cook’s books as a guide. Not only were Canadian-named streets, memorials and flags everywhere along the route – so were the memories.

One particular event stands out from Rouen, on the steps of the Palais de Justice. While looking at the plaque on the still-pockmarked building, we were approached by a woman, possibly old enough to remember the occupation and liberation of France. When learning we were Canadians, she told us, with tears in her eyes, “Merci le Canada, de tout coeur merci.”

Every Canadian should make this trip if they can. My thanks to Mr. Cook for his body of remarkable Canadian history. 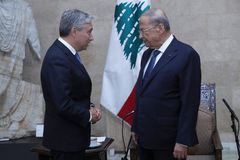 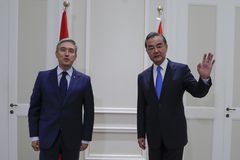