I recently met the parents of Malala Yousafzai in Birmingham, England. Malala, who should be learning and laughing and doing what teenaged girls do, is instead lying in a British hospital, recovering after being shot and wounded in Pakistan by the Taliban for advocating girls' education.

Malala and I are both Yousafzai Pakhtun women, from the same town and the same clan. We are a generation and two continents apart, but the 15-year-old girl's courage, determination and maturity has triggered hope and inspiration in me at a time when I felt that all was waning in the land of our birth, Pakistan.

When I was 15 in the historic city of Peshawar, in the province of Pakhtunkhwa, my sisters and cousins could never have imagined a day when simply going to school would jeopardize our lives. We were brimming with confidence and optimism. Girls and young women were emerging to take positions of responsibility in government, social development and politics. Our colleges and universities were centres of learning and debate. I studied at a convent run by Irish nuns, and we spoke English and wore Western-style uniforms.

Women felt safer in Pakhtunkhwa than anywhere else in Pakistan. Our people lived by the Pakhtunwali, a moral code that came into existence before Islam and that articulated the protection and honour of women and children. My family would travel to the Swat Valley, where we and many others kept summer homes to escape the heat. Swat was then a peaceful area, and women were well-respected.

The Cold War was in full swing, and across the border where our other Pakhtun cousins lived was Afghanistan. The people on both sides were one, but a colonial border had placed us in opposing camps.

Believe it or not, Afghanistan was a step ahead of us in embracing modernity and women's rights. I remember travelling to Kabul through the Khyber Pass and seeing cafeterias and discos where American hippies and the local people would rub shoulders.

Then, in the late 1970s, three regimes changed and the world would never be the same. In Kabul, the pro-Soviet Afghan nationalists were overthrown by the Communists. In Islamabad, a U.S.-backed general overthrew the elected government of Zulfikar Ali Bhutto. And in Tehran, a revolution saw Ayatollah Ruhollah Khomaini take power. By the time it was New Year's Day 1980, my childhood optimism had come to a crashing halt. War, chaos and Islamic extremism slowly began its ascent, while women's dignity, democracy and human rights went into a free fall.

Malala Yousafzai was not yet born. But by the time she would open her eyes, almost nothing that I, as a Yousafzai, had witnessed or hoped for would be there to welcome her.

Malala, however, could be the tipping point that will cause the pendulum to swing back to its centre. Millions around the world have risen to her call. Women and girls carry signs in the streets that claim "I am Malala." In the words of her father, "Malala has drawn a red line between barbarism and civilization."

It's for this reason that I have signed a Canadian petition asking the Nobel Committee to award the 2013 Nobel Peace Prize to Malala Yousafzai, and I appeal to all Canadians to do the same.

I have not lost hope for Pakhtunkhwa or Pakistan. From my visits there, from seeing Malala and girls like Malala, I know the women have not lost their voice. They won't let anyone take away what they have. 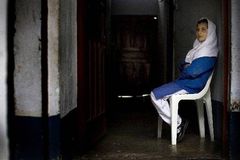 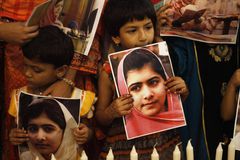 The limits of freedom for educated girls in Malala's Pakistan
October 26, 2012 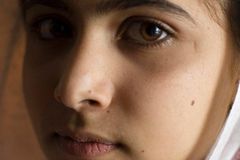