David Gratzer, a physician and author, practices psychiatry in Toronto.

His death touches us. I know – I've watched every episode of Mork & Mindy. For many, though, mental illness isn't something experienced through a news report, it's something that colours every day of their lives. More than the celebrity loss is our shared loss and a common irony: So many carry the burden of mental illness and while psychiatry has never been better able to help them, we are held back by a lack of thoughtful public policy.

Mental illness is a human tragedy. A patient – off work and sick with depression – recently told me what he missed most from his old life: the ability to laugh. Stuck in darkness, he wished to laugh again. Health-care professionals like me hear such things too often: stories of lost jobs, lost loves, lost years. A recent Danish study suggests that more than a third of the population will have some form of mental illness over their lifetime, with mood and anxiety disorders being the most common.

Mental illness is also a societal tragedy. By one estimate, 500,000 Canadians missed work today because of a mental health problem. The lost productivity and direct health expenses have an economic cost; in a recent analysis for the Mental Health Commission of Canada, the value was pegged at $50-billion a year. Labour economist Richard Layard argues that such estimates are inherently conservative: Mental illness casts a long shadow, over our jails and emergency departments, with total costs of more than 8 per cent of a country's GDP.

But if mental illness is devastating, common, and costly, there is good news. In many cases, it's also highly treatable.

The U.K. National Institute for Clinical Excellence calculates the number needed to treat (NNT) for several illnesses. NNT is the number of people who need to be treated to have a positive outcome – a crude but important way of gauging the effectiveness of care. For a person with chronic obstructive pulmonary disease, the NNT is 17 (using beta-agonists and steroids vs. steroids); for a person with high cholesterol, the NNT is 95 (statins). For depression, the NNT is just 2 (cognitive behavioural therapy, or CBT).

For decades, psychiatry was a field with potential and little to show for it. As thoughtful as the psychoanalysts were, the reality was that patients didn't improve much. The early days of psychopharmacology were marked by dazzling results, but also crushing side effects.

That was then. Today, the talking therapies are better. CBT has as much evidence as medications for mild and moderate depression. Now there are more medications, and we are smarter at using them.

Yet studies show that people with mental illness routinely fall through the cracks. Only about 1 in 3 will get the health care they need. A pathetic paradox, then: Psychiatry has never been better able to help people yet many don't get the help they need.

What's to be done? A few ideas:

1. Improve education (for providers). Health-care professionals need the skills to effectively treat mental illness. The family medicine residents I teach have just four weeks of training over their two-year program. That's better than nothing – many residencies have no psychiatry exposure and it's possible to graduate from nursing with limited clinical time in mental health. Build better skill sets with stronger education and continuing education.

2. Embrace technology. Psychotherapies like CBT can be effectively delivered at low cost online – though rarely are. In the age of Google and apps, the practice of psychiatry needs to move past the face-to-face interactions of the era of Freud and couches.

3. Compensate quality care. Those with persistent mental illness have complicated issues, both psychiatrically and physically; billing schedules should reflect the extra work needed, particularly with the acutely ill, instead of a one-size-fits-all approach.

Those with mental illness deserve better. It's not just about the legacy of one actor; it's about helping millions of Canadians who may be less famous but just as important, people like my patient who long to laugh – and live – again.

Opinion
Not everyone needs a psychiatrist. There are other choices
August 6, 2014 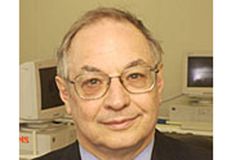 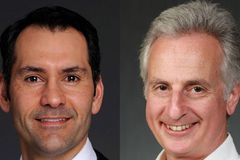