After Hurricane Hazel, which killed dozens of people in 1954, Torontonians made strong decisions through their local and provincial governments – such as banning development from flood plains and creating conservation authorities – that proved extremely effective in preventing a repeat of the mayhem. Considering the recent storms and flooding in Calgary and Toronto, and Hurricane Sandy's devastation to the United States last year, we need to take equivalent bold measures today. The only question is our political will: Do we have the same courage we had in 1954?

The first step is obvious, but an uncomfortable truth for some. What is happening is climate change – period. And as my high-school math teacher Howard David used to say, "When you are in a hole, stop digging."

We need to do everything we can to stop increasing greenhouse gas emissions, then take steps to lower them. In this context, rapidly expanding the exploitation of fossil-fuel deposits without a plan to deal with the resulting huge increase in carbon emissions can only be seen as reckless.

Our government's decision to abandon the Kyoto Protocol was wrong, but the Kyoto targets are still the international standard. Some say it's too late, we can't meet those targets now. That's not true – at a national level, we haven't even tried. And if we did try, we might be surprised by the results. For example, through innovative strategies and the closing of coal-fired plants, Toronto's greenhouse gas emissions are down 15 per cent from 1990 levels. (Kyoto called for 6 per cent.)

According to a study for the C40 – a group of the world's largest cities committed to fighting climate change – most greenhouse gas emissions can be traced to cities, and of those, most come from three sources: heating and cooling buildings, transportation and electricity generation. Strategies exist worldwide in all of these areas that help dramatically reduce emissions (and create jobs). Projects like energy retrofits in high-rise buildings, and new information and communications technologies to lower energy consumption, have exciting possibilities. Increased public transit, and support for cycling and walking, can help reduce our automobile-dependent lifestyles and create livable cities.

Many cities and towns have taken steps on these issues, but our building codes don't even mandate the highest green standards for new buildings – and there is no national plan for supporting public transit.

Electricity has tremendous potential, by moving to green sources of electricity powered by a smart grid. The general idea is to conserve, manage demand and create a system of distributed small-scale generation – like neighbourhood-based district energy. Such a system can lower emissions and create a system that's far more resilient in the face of disasters.

It also illustrates the second step – learning to adapt.

As the climate changes, extreme weather events will become far more likely. Municipal infrastructure was built on the assumption that such storms were infrequent. It's an expensive but critical task to plan for such events and rebuild our infrastructure to cope with them. Electricity is a perfect example – the need for a feed-in tariff like Germany's is often justified by the jobs and economic boost it provides, but its biggest benefit might be to create a truly resilient electricity grid, offering the chance for each building to literally become its own power plant.

As we rebuild this infrastructure, which will require significant public investment, we need to keep modern green lessons in mind. We need an adaptation strategy – Toronto's is called "Ahead of the Storm." We need to act in numerous ways at the same time.

And, critically, we need to remember that natural systems work, so they should be incorporated in our plans – expanding hard infrastructure, such as sewers, isn't always the right way to cope with flooding. Settling ponds, green roofs, downspout disconnections, tree bylaws and requirements for permeable paving all have their places, as do innovations such as the Gowanus Sponge Park in Brooklyn, New York. The preservation of green space itself, including planting huge numbers of new trees in our cities, is of great importance. We have allowed too much of our land to be paved over, including mistakes like reverse-slope driveways, leading to extreme flooding problems for affected homeowners.

With political will, modern techniques and the latest ideas from cities and governments around the world, we have the capacity to reduce emissions and adjust to climate change at the same time. But we do need to act, and now would be a good time to start.

David Miller was mayor of Toronto from 2003 to 2010. He is the Future of Cities Global Fellow at NYU-Poly, where he teaches the politics of urban sustainability. 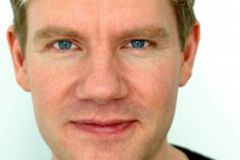