No, they didn't trigger an earthquake by taking off their clothes. And no, they shouldn't have been jailed for it.

But what else do we say about the Canadians and Britons who found themselves at the top of Borneo's Mount Kinabalu, having a bit of irreverent photographic fun at exactly the wrong moment, a few days before a quake killed at least 18 of the 137 climbers on the mountain? Now that they're free, it's worth asking: what were all those comparatively well-off people, by Malaysian standards, doing on that peak?

They were, in their small way, engaged in one of the most damagingly popular forms of empty self-absorption of our age. In less than 50 years, mountaineering has gone from the obscure indulgence of a small elite of prosperous misanthropes to a widespread indulgence of hundreds of thousands of people willing to spend considerable sums on the ultimate act of pure meaningless egotism.

Why were they there? For the only plausible reason any climber, from Sir Edmund Hillary and George Mallory down to these weekend scramblers, has been able to articulate: "So I can say that I did it."

And the only person interested in the fact that you did it, even if it was a Mount Everest climb that cost you tens of thousands, is going to be you. Mountain summits are like red Ferraris at busy intersections: They impress only the person within them and exist only to impress that person.

In a century of climbing, nobody has been able to come up with a sensible reason to be doing it.

For a couple of decades, climbers tried to pretend it was exploration, an expansion of the purview of the British Empire. It did nothing of the sort. Or that the mountain is a manly metaphor for war, or for a certain sort of sexuality (one British newspaper in the 1920s called it "man's passionate struggle to conquer the dreadful virgin of the snows"). Some have attempted to claim it as science or sport, because it requires some of the same skills, but it lacks the human engagement to be a proper sport or the purpose to be meaningful science.

At the end of the day, the only reason you have chosen this otherwise pointless place to exert yourself is because it is All About You.

There are many other purely solipsistic ways to empty your bank account. The problem with mountaineering is that it is no longer just harmless idiocy: It often becomes very harmful idiocy indeed. Your self-gratification carries a high environmental, humanitarian and often political price.

Mount Kinabalu is very much entry-level egotism. Borneo officials allow climbers as young as 10, and those who died on the face in the earthquake included 12-year-olds; I've seen groups of more than 100 marching through the neighbouring city of Kota Kinabalu toward their act of self-affirmation. There's an earthquake almost every year, and at least a dozen deaths in the past decade.

The people of Borneo have never been too happy with these displays of lavishly exploitative leisure or with the fetid waste that encrusts their peak, which is why the regional Minister of Tourism turned the blame not on his own department for allowing and abetting this grotesquerie but on the climbers themselves: He is enveloped in a political crisis.

It's a miniature version of what climbing has done from the beginning. When Mallory made his fateful 1924 attempt on Everest, he not only abandoned his wife, children and academic career to seek some affirmation for his shell-shocked soul, and endangered many Sherpas, but (as Wade Davis brilliantly chronicles in Into the Silence) he also did enormous political damage: Outrage over the climb divided Tibetan politics, creating a lasting crisis that weakened the country enough for China to seize control. Indulging one's obsessions carries a steep price.

The great travel writer Jan Morris, who was on the upper slopes of Everest with Tenzing Norgay and Sir Edmund when they reached the summit in 1953 (when she was known as James Morris), recently declared that climbing should be over: Whatever point she once thought it had is no longer valid. After the Nepal quake, she writes, "the spell had faded and I began to feel a sort of pity for Mount Everest. It reminded me rather of some magnificent wild beast, dressed up for a circus performance or a TV show."

She now recommends that the peak be closed for good, "left alone there in its ethereal majesty, out of bounds to all human beings and never to be violated again by the crudities of fame, profit, sectarian rivalry or national pride."

Or ruinous ego: We have reached the point where "because it's there" is no longer a good excuse. 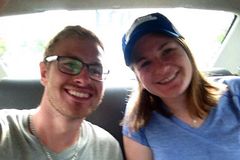 Opinion
As equals on the mountain, the Sherpas deserve better
April 26, 2014 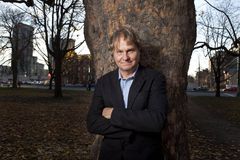