Chair of U.S. President Barack Obama's Global Development Council, Mohamed El-Erian is also chief economic adviser to financial-services multinational Allianz and author of the recently published The Only Game in Town: Central Banks, Instability and Avoiding the Next Collapse.

Are central banks becoming a threat to the global economy?

Central banks are like doctors. They will not walk away from their patient, the patient here being weak economic growth. Like a doctor, they will try to prescribe whatever medication they have, even if it simply buys time. So central banks have been prescribing medication that buys time. It doesn't deal with the underlying weaknesses of the global economy. It simply buys time for the politicians to get their act together. Now, as any patient will tell you, at a certain point when you rely excessively just on pain killers, not only are you not solving the underlying problem but you risk having side-effects. And that is what we're seeing. We're seeing the side-effects of excessive reliance on just pain medication. Now that's not the fault of the central banks, because the providers of the better medicine, our political leaders, haven't stepped up to the plate. In sum, central banks will continue to treat the patients, even though they know that their medication will not restore perfect health.

What is your take on negative interest rates?

I am worried. You need only look to Japan to see what that danger looks like. The Bank of Japan surprised everybody by following the European Central Bank into negative policy rates. It did that with the hope that, by taking interest rates negative, they would weaken their currency and therefore help their exports, and they would boost their equity market. The exact opposite happened. The currency strengthened and the equity market sold off. Within two days, the officials were dragged into parliament and basically read the riot act. When you take rates negative, you risk not only getting the wrong response out of the economy, because people simply disengage at this point. The sale of home safes has soared because people are saying, "Why should I keep my money in a bank that's going to take money away from me? I might as well keep it at home in the safe." People disengage from the financial system. Political outcries become more frequent and the political process starts looking into what you're doing. I think all this is a warning to central banks to be careful. But the key problem remains, which is they are unable to hand off the task of sustaining economic recovery to our political leaders. Back to my analogy of the patient and doctor, they won't step away from patients when there is no one else to care for them if the treatment they are providing risks the patient's health.

We have built a very sophisticated capitalist system that assumes that nominal interest rates are positive. So the minute you take the negative, things start breaking. For example, banks start turning away deposits. Second, providers of long-term financial protection – pension funds, insurance companies – find it very hard to sell new products. They can still service the old products, but it's very hard to sell new products if the safe interest rate is negative. So you start creating institutional breakage, and there are no other institutions to step in. It's not as if you can replace them. You cannot replace something with nothing. So the system starts operating less efficiently. I think that the Federal Reserve realizes this and they would like to avoid. Now they're lucky because the U.S. economy is in a better place than Europe. But having said that, even if the U.S. economy were in the same place as Europe, I don't think that they would go to negative.

How should investors protect themselves?

The first thing to realize is, we are living on borrowed returns. The second thing is we're coming out of a period of artificially low volatility that's going to give way to unusually high volatility. And the third thing is, because central banks have intervened so aggressively, they have altered the correlation among asset classes.

These are three consequential hypotheses. If you agree with them, then much of the conventional wisdom about investing starts being challenged. The first is that diversification provides for risk mitigation. This is no longer true. If the traditional correlations between asset classes break down, then diversification, while still necessary, is not sufficient. Second is that you should just be a long-term investor. Don't worry about the short term. But if you're going to have massive volatility in the short term that can break out one way or the other, you need to pay attention to the short term.

The third assumption is that cash doesn't belong in a strategic asset allocation. If you read basic investment books, they'll say have minimal amounts of cash. Cash is a dead asset. That's no longer the case. In fact, cash is the only way to get protection in the world we're living in. I tell people, "You have to think about cash being 25 to 30 per cent of your asset allocation."

At the end of the day, the individual investor needs three characteristics in a portfolio to be able to navigate the challenging period ahead: resilience, the ability to navigate a lot of volatility; optionality, the ability to change her or his mind when you get more information, and agility; the ability to move quickly when others are still like deer stuck in the headlights. 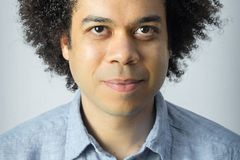 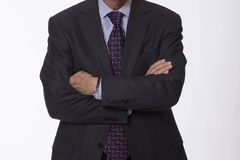 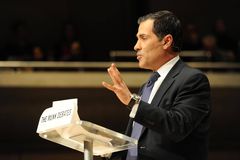