No one who has watched post-Mao Zedong China will have missed the signs of its inexorable rise: the deliberate expansion of investment abroad, the measured development of military power, particularly at sea, and the exponential growth of its economy. In GNP, the People's Republic of China has vaulted ahead of both Germany and Japan, and now ranks second in the world, after the United States.

It is no coincidence that China has taken its place on the global stage without a single bullet being fired (except on its own people). Its big-picture approach, as outlined by Henry Kissinger in his new book, On China, has a great deal in common with weiqi, the world's oldest and most sophisticated board game. Even the most complex board game could never replicate the intricacies of geopolitics, but understanding one can provide key insights into the other.

Chinese military theory and this game are both manifestations of the same philosophy, according to Dr. Kissinger. This is outlined in Sun Tzu's The Art of War: Warfare is almost always the option of last resort. Wit trumps weapons. The preferred and superior approach is to convince your enemy, by whatever means, that you are invincible. Any subsequent battlefield encounter thus becomes a mere ratification of results already obtained.

The game's Chinese name translates roughly as "the game of encirclement," though it is better known in the West by its Japanese name, go. It is believed to have been invented 4,000 years ago and is now played by millions around the world.

Played on a square grid with 19 intersecting points along each axis, weiqi (pronounced way-chi) involves two players taking turns placing white or black stones (all of equal value) on the grid. The goal is to surround and capture enemy stones, dominating the board. A single game can take an entire day to complete.

Dr. Kissinger's analysis leans heavily on the work of David Lai, research professor of Asian security studies at the U.S. Army War College. In a 2004 monograph, Dr. Lai documented the ways in which weiqi's guiding ethic is also expressed by the central tenets of The Art of War.

"Weiqi is a living reflection of Chinese culture - its strategy, thought, philosophy and operational tactics," Dr. Lai said in an interview. "One can almost read The Art of War and then play it on the board," a de facto facsimile of the Earth.

In Western tradition, Dr. Lai notes, "there is a heavy emphasis on the use of force; the art of war is largely limited to the battlefields; and the way to fight is force on force." The corresponding board-game metaphor is chess - a zero-sum, kill-or-be-killed confrontation, premised on deploying overwhelming power to achieve total victory. Yet as complicated as chess is, it's primitive compared to weiqi.

Particularly fascinating is Dr. Lai's application of theory to practice. In varying parts of the globe - multiple battlefronts - the Chinese have strategically placed their stones.

Consider Taiwan, a chronic sore in Sino-American relations. China's historical mission, according to Dr. Lai, "is to take Taiwan whole and intact … without ever resorting to force," using economic, military and diplomatic levers. To discourage any Taiwanese move toward independence, Beijing in recent decades has encouraged trade and investment flows across the Strait of Taiwan (now worth tens of billions of dollars), aimed missiles on its eastern coast at targets on the island and coaxed the Bush administration in 2003 to oppose any unilateral move that would alter the status quo.

In other words, says Dr. Lai, Washington would not support Taiwan's independence move, but it also put China on notice about using force to coerce integration. However, if Taiwan independence forced the Chinese to act, the statement implied that America would not be there. "That's a Chinese victory."

Similarly, a combination of diplomacy and rising levels of Chinese investment in Australia - up from $3.5-billion in 2006 to more than $30-billion today - have led officials in Canberra to say publicly, that, though allied to the United States, it would not be an automatic partner when it came to Taiwan.

"You can make an argument that Chinese moves in Africa, South America and Eastern Europe can eventually come together to promote its grand strategy," Dr. Lai says.

If, as many experts maintain, we are witnessing the long-term decline of American hegemony and the ascendant star of China, Western policy planners might profitably devote time to mastering the complexities of weiqi.

Editor's Note: The Munk Debates are semi-annual events that feature prominent figures in their fields. The next debate, to be held June 17, asks whether the 21st century will belong to China. It features former U.S. Secretary of State Henry Kissinger alongside economist David Daokui Li, CNN host Fareed Zakaria and historian Niall Ferguson.

The Munk Debates are offering eight VIP tickets to see the China debate on June 17 at Toronto's Roy Thomson Hall. Go head-to-head against a friend and post the video on the Munk Debates online forum. The top two most-viewed entries win. Find more information and enter at www.munkdebates.com/head-to-head

For more news, videos, interviews and biographies, follow The Globe and Mail 's coverage of the upcoming debate here.

Kissinger 'still a bit of a rockstar' in world affairs, focusing on China
May 1, 2018 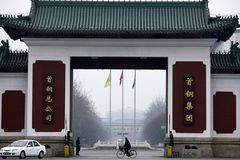 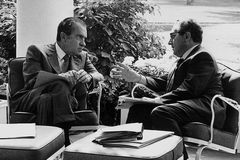 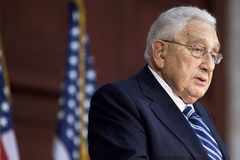