In public, politicians are prone to hyperbole and overstatement, but when they discuss complex public-policy issues, obfuscation and understatement are the norm.

That's why a seemingly throwaway line in the final communiqué of the recent Conference of Provincial-Territorial Ministers of Health, in which the political bosses instructed their minions to review the state of newborn screening, "focusing on access, equity and sharing information," merits some scrutiny.

The blunt translation of this edict is that the way we currently conduct newborn screening in Canada is an unholy mess: It's inequitable, inefficient and causes unnecessary harm.

Shortly after birth, every newborn gets the infamous heel prick – a few drops of blood drawn and smeared onto a special piece of paper.

Those samples are sent to a laboratory, where they are tested for rare genetic disorders. The conditions tested for include cystic fibrosis, sickle cell disease, maple syrup urine disease and 3-methylcrotonyl-CoA carboxylase, to name only a few. (Hearing is also tested, but not with a blood test.) Problem is, the number of tests performed on every child varies wildly between jurisdictions, from a low of five in Quebec to a high of 29 in Ontario, according to a report card prepared by the Canadian Organization for Rare Disorders. There is really no excuse for not having a uniform, universal screening panel in every province and territory.

Yet they are also silent stalkers: Screening at birth is necessary because the damage – such as seizures, severe mental retardation and life-threatening kidney damage – can begin before the first clinical signs of illness appear. Then, it's too late to reverse the harm.

A child with undiagnosed phenylketonuria (PKU) will be severely developmentally delayed by age 1. With testing and treatment (a nutritional supplement and a low-protein diet), that same child can avoid those. A baby with congenital hypothyroidism will suffer stunted growth and grave developmental problems, but treatment with a single pill daily will avoid those symptoms.

A decade ago, the United States had a similar problem as Canada, with every state going its own way. With a little federal leadership, and the bipartisan Newborn Screening Saves Lives Act (2008), a committee came up with a uniform list of screening tests (now 32) that every child undergoes. Just as important, they came up with a transparent process for adding (or removing) tests from the core list. In short, a test must meet three conditions: It is reliable and affordable; there is a clear understanding of the effects of the condition; and there are interventions (diets and drugs, for example) that can benefit a child who is diagnosed.

If 50 states and a district can reach agreement south of the border, surely we can do so with 13 provinces and territories in Canada. But what's needed is federal leadership – something that has been absent in health care for a decade.

Uniformity is more equitable – though you need some flexibility for additional targeted tests in select populations; for example, in Manitoba, members of the Hutterite population are tested for Bowen-Conradi syndrome, which has a high incidence in the community.

A uniform panel is also a more efficient and cost-effective way of doing newborn screening. Because early intervention is key in response to most of these rare conditions, the tests must be done quickly. You also need critical mass to interpret the tests properly, which is why testing should be centralized as much as possible.

Crude genetic testing has been done in Canada since 1962, when the PKU test was first introduced. We are now moving from the heel-prick era to the genomics era – from horse-and-buggy screening to supersonic screening.

Within a generation – and likely much sooner – we will be doing full exome or genome testing on all newborns. Our ability to detect rare disorders will grow exponentially.

This will make it all the more important that we choose wisely which tests provide benefits.

The provinces and territories have had more than half a century to come up with national standards and it's now more important than ever that they get their act together.

Melinda Gates: progress made, but work to do in maternal, newborn health
October 19, 2015 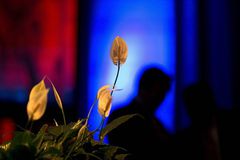 Opinion
Babies need their mothers, even when mom’s in jail
February 23, 2016

Opinion
A dignified death for dementia patients: Who makes that call?
February 16, 2016
Opinion
Why did Calgary cave to chemophobes over fluoridation?
February 19, 2016