A dragon visited the Canadian Arctic last summer. The Xue Long ("Snow Dragon") is China's research icebreaker. As part of a circumpolar voyage that also took it along the coasts of Russia, Norway and Greenland, the Xue Long traversed the Northwest Passage.

China behaved impeccably in Canadian waters. It hired a Canadian ice navigator, applied for permission to conduct research and invited Canadian scientists on board.

The research, however, was not confined to pure science. According to the Xinhua news agency, the icebreaker "accumulated a wealth of experience for Chinese ships going through the Northwest Passage in the future."

The Globe and Mail spoke with one of the scientists on board, He Jianfeng. "The navigation potential of the Northwest Passage is quite considerable," Dr. He said, adding that data on water depths collected by the ship are "very decisive factors in judging the fitness of a passage for commercial use."

In the Northwest Passage, Chinese shipping will increase the risk of accidents, putting pressure on the Canadian government to improve search-and-rescue and oil-spill cleanup capabilities and to construct "ports of refuge" for ships in distress.

Another challenge concerns Canadian sovereignty, since China will eventually have to take sides in a long-standing dispute over the legal status of the waterway. Canada maintains that the Northwest Passage constitutes "internal waters" which can only be entered with Canadian permission; the United States insists it is an "international strait."

As the world's largest trading and shipping nation, China's positions and practices count for a great deal in international law.

But again, China behaved impeccably this summer. And last year, it released a guidebook for the Northwest Passage recommending that Chinese ships apply for permission and "obey the Canada Shipping Act, 2001 and the Northern Canada Vessel Traffic Services Zone Regulations 2010."

This behaviour makes sense because Canada is the only country able to provide search and rescue and other assistance in the Northwest Passage, which is 1,500 kilometres long. Without Canadian support, foreign mariners would be left to fend for themselves in one of the world's most remote and environmentally hostile regions.

Another reason for China's good behaviour concerns a dispute along its own coastline – a dispute that is remarkably similar to Canada's dispute with the United States. China considers the Qiongzhou Strait between the Chinese mainland and Hainan Island to be internal waters; the United States insists it is an international strait.

For this reason, China has a legal interest in the Northwest Passage dispute: namely, to avoid the negative precedent that would result if the U.S. claim prevailed.

To date, China has not provided explicit support for Canada's position. Requesting permission for state-owned ships to conduct research is how governments sidestep these kinds of disputes, since coastal state permission for research is required even in an international strait.

Now is the time to seek China's explicit support for Canada's position in the Northwest Passage, support that will likely only come as part of a broader negotiated agreement.

China will ask Canada for explicit support for its position in the Qiongzhou Strait. It will probably ask for blanket consent for Chinese owned-or-flagged vessels to use the Northwest Passage, along with vessels sailing to or from Chinese ports – provided, of course, that they all obey Canadian laws. It might even ask for permission to invest in infrastructure and services in the Canadian Arctic.

None of these conditions should pose problems for Canada.

For decades, Canada's approach to the Northwest Passage has been to "let sleeping dogs lie." The theory is that the remaining sea-ice will protect Canada's interests by deterring ship traffic, allowing those few voyages that occur to be managed – for instance, by providing permission for research.

But dragons do not sleep. It is time to engage China pro-actively on the Northwest Passage issue, to maximize common interests and strengthen mutual claims. 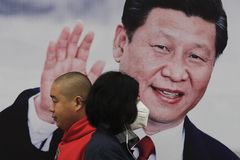 Opinion
Why Canadian students should make Asia a priority
November 9, 2017 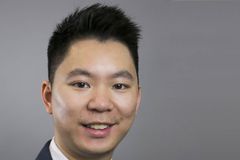