Rupert Murdoch has told British parliamentarians that he's not responsible for the phone hacking at the News of the World. And Rebekah Brooks, the newspaper's former editor, has done the same. I believe they're both speaking honestly. But speaking honestly and telling the truth can be two very different things.

I've no doubt they believe they weren't responsible for the actions at the heart of this scandal, just as Colonel Oran Henderson, the brigade commander who ordered the attack on My Lai in 1968, was certain he wasn't responsible for that outcome. Col. Henderson had urged his officers to "go in there aggressively, close with the enemy and wipe them out for good," an order that immediately preceded his men executing between 350 and 500 Vietnamese women, children and unarmed men. Accused of subsequently taking part in a cover-up, Col. Henderson denied being told about the murder of civilians. Ultimately, a military court backed him up. But, of course, we all know that "not guilty" is a legal outcome that shouldn't be confused with "innocent."

Col. Henderson, Ms. Brooks and Mr. Murdoch all disavowed responsibility for the actions of their subordinates; they denied all knowledge of illegal activities and claimed they'd never ordered or authorized any such actions. It may well be true that Ms. Brooks and Mr. Murdoch never told anyone to hack into the cellphone of Milly Dowler, a 13-year-old murder victim, or even knew it had happened. But that doesn't mean they weren't responsible for it.

The truth is that, when superiors put substantial pressure on their subordinates to achieve aggressive goals, and don't check up on just how those subordinates accomplish those goals, something sinister can happen. The intense pressure to perform can lead to unethical or illegal behaviour on the part of the subordinates, while giving the bosses wonderful "plausible deniability" protection: "I never told them to do THAT!"

It's a fairly simple dynamic. Imagine you're the CEO of a manufacturer that makes military aircraft. You recognize that it's difficult to close billion-dollar jet fighter deals with foreign countries, but you want to spur those sales nonetheless. So you tell your sales teams that it's absolutely crucial to meet annual goals and you give big incentives to close those billion-dollar deals before the end of the year. Under these circumstances, you'll almost certainly get your billion-dollar deals before the end of the year. But if you don't carefully audit just exactly how those deals are closed, chances are you'll find yourself in front of some review panel trying to explain that you're not responsible for the massive bribes, hiring of prostitutes, etc., that helped facilitate those deals.

Under Ms. Brooks, News of the World made its mark and maintained its circulation on the basis of scoops - the more salacious, the better. It's said she was loved and feared by her reporters in equal measure. And if Mr. Murdoch can get prime ministers to grovel at his feet, I think it goes without saying that he's feared by his people. If Ms. Brooks or Mr. Murdoch pounded the table and ordered News of the World reporters to "get me some damn scoops," there's little doubt they would have scrambled to deliver.

Perhaps it's true that, in the desire to maintain plausible deniability, Ms. Brooks made sure to never ask: "So how did you get that scoop anyhow?" Yet, simply failing to ask the question would have sent an extremely powerful signal to the troops that it didn't matter how you got the scoop, just that you got it. Hack the cellphones of kidnapped children, bribe police, do whatever it takes. Orders may not have been explicitly given, but that doesn't mean that an atmosphere wasn't created in which such behaviour wasn't just acceptable but essential.

I suspect we will never truly know just how much Ms. Brooks or Mr. Murdoch did or did not know about the hacking or the bribing, because journalists prefer that other people be the object of their scoops, not themselves. But I would feel a lot better about the empire that controls so much media if Mr. Murdoch had been more reflective than apologetic while on the proverbial hot seat. He apologized for the wrongdoing at the News of the World, while, in the same breath, denying any responsibility for it.

Instead, he pointed to the company's 56-page code-of-conduct manual to say that it's clear in stating that the sorts of actions in which these rogue reporters engaged are truly, absolutely and utterly out of bounds - which, in wonderfully circular fashion, proves that the rogue reporters are indeed rogue. But in all organizations, informal practices trump formal structures. If the rule says you'll be fired if you show up five minutes late, but nobody is fired even though most people show up for work 10 to 15 minutes late, then printing the rules was a waste of paper. Enron had a code-of-conduct manual, and so did WorldCom. But both were trumped by informal behaviour.

What we didn't get was Mr. Murdoch or Ms. Brooks taking true responsibility.

Roger Martin is dean of the Rotman School of Management at the University of Toronto. He is on the board of directors at Thomson Reuters.

Opinion
Tabloid culture: Britain's 'harlot throughout the ages'
May 3, 2018

For British PM, the true test of the hacking scandal is yet to come
May 3, 2018 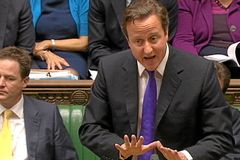 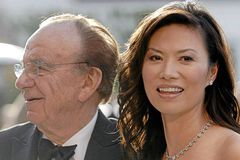