Jim Stanford worked as economist for the Canadian Auto Workers, and then Unifor, for more than 20 years. He is now Harold Innis Industry Professor of Economics at McMaster University, and lives in Sydney, Australia.

He hasn't even taken office yet, but Donald Trump is already changing the rules of globalization. This week's remarkable announcement by Ford Motor Co. is the most dramatic sign yet of a coming reboot of world trade policy. Ford cancelled a brand-new, $1.6-billion (U.S.) car assembly factory it was planning for Mexico, and instead will allocate $700-million to a Michigan plant, adding more than 700 jobs there.

The company was responding to Mr. Trump's threats to impose new barriers against imports (especially from Mexico and China). Ford's new factory – like the eight other auto plants built in Mexico since 2009 – was predicated on exporting finished product back to the U.S. (with smaller volumes headed for Canada, Europe, and elsewhere). Suddenly, that entire business case looks precarious. Ford's action both reduces its exposure if Mr. Trump follows through on promised tariffs, and cultivates political goodwill with a president-elect who clearly won't hesitate to meddle in the decisions of private companies.

The repercussions of Ford's decision, and Mr. Trump's continuing hostility to the North American free-trade agreement, will be enormous. The southward rush of capital to Mexico, exploiting cheap production costs, will now screech to a sudden halt. No new assembly plants will be announced in Mexico so long as Mr. Trump is president. And Mr. Trump is already taking aim at other auto makers: for example, lambasting GM's car imports from Mexico. While Mr. Trump focused on the wrong vehicle in his Twitter tirade against GM (the Cruze that Mr. Trump highlighted is mostly made in the U.S.), his general complaint that auto makers use Mexico solely as a low-wage export platform for the U.S. market is entirely valid.

All this sparks an obvious and important concern for Canada's auto industry. Might the soon-to-be President Trump also turn his guns northward, once his protectionist bandwagon gets rolling? Automotive products are Canada's most important export, and our industry depends crucially on the U.S. market – which takes 85 per cent of our vehicle output and around two-thirds of parts production. Any significant disruption in U.S.-bound trade would have enormous repercussions for Canadian production, investment, and jobs.

Given Mr. Trump's shoot-first-ask-later approach to policy making, of course, anything can happen. And it's clear his policies will be driven by symbolism more than hard facts. But there are huge and fundamental differences between Canada and Mexico, and their respective trade relationships with the U.S. These make it unlikely that Mr. Trump's anti-Mexico strategy will be mirrored in similar hostility to Canadian products. Here are the hard numbers that should help defend Canada's position as Mr. Trump takes office:

U.S. auto trade with Canada is balanced, unlike Mexico. Two-way auto trade between Canada and the U.S. is huge: around $135-billion last year. We sell more vehicles to the U.S. than we import from them, but we buy a lot more parts from the U.S. The resulting imbalance (in Canada's favour) is small, relative to a very large two-way flow. If we include Canadian purchases of auto-related services (such as engineering, marketing, and management payments to U.S. parent firms), and repatriation of profits on Canadian operations, it's a wash. This is one case where trade is actually balanced and mutually beneficial (like the economics textbooks say it should be). This is thanks to the Canada-U.S. Auto Pact, implemented in 1965, which required auto trade to go both ways.

With Mexico, on the other hand, auto trade (under NAFTA's laissez faire rules) is precariously unbalanced. The U.S. imports more than 10 times as many vehicles from Mexico (2.3 million units in 2015) as it sells there. After all, despite 20 years of free trade, Mexican workers are still impoverished, and few can afford U.S. – or Canadian-made – products. Including parts, the U.S. incurs a $70-billion annual auto deficit with Mexico.

Similarly, Canada is far-and-away the largest U.S. automotive export market. Around one million U.S.-made vehicles were sold in Canada last year – likely a new record. That's four times more than U.S. exports to Mexico (which have been falling). And thanks to our large parts purchases from the U.S., each Canadian-made vehicle contains 50 per cent more U.S.-made components than do Mexican-made vehicles. Any disruption in cross-border auto trade with Canada would hurt the U.S. as much as us.

By stopping the migration of industrial capital toward Mexico, Mr. Trump will actually help Canada's auto industry – and other manufacturing sectors equally damaged by NAFTA. To be sure, we must be careful not to get caught in his protectionist crossfire. But the evidence is clear that the U.S. benefits as much from trade with Canada, as we do. And instead of trying to defend a flawed deal that has hurt working people in all three countries, Canada should enthusiastically endorse the principle that trade must go both ways – and take advantage of this opportunity to imagine a different way of managing globalization. 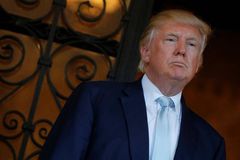 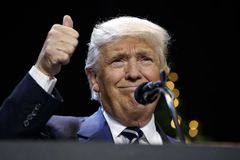