It has been called the greatest threat to medicare in a generation and perhaps the most important constitutional challenge ever.

Beyond the political and legal hyperbole, however, the case pitting Cambie Surgeries Corp. against B.C.'s provincial health-care service – which begins Tuesday in B.C. Supreme Court – boils down to a seemingly simple question: Should patients be able to pay for care in private clinics if they can't get timely care in the public system? (Or, conversely, should government be able to ban the commercialization of "medically necessary" care because it believes doing so serves the greater public good?)

Dr. Brian Day, the Vancouver orthopedic surgeon and co-owner of the Cambie Clinic who has become the public face of private health care in Canada, is trying to achieve two thing with his constitutional challenge of the Medicare Protection Act: Strike down the ban on the sale of private insurance for "medically necessary" care (meaning hospital and physician services), and quash the law that says physicians cannot practise simultaneously in the public and private systems.

It has to be said up front that Dr. Day has a strong case. Back in 2005, the Supreme Court of Canada ruled on a similar matter (known widely as the Chaoulli case), striking down the ban on the sale of private insurance for medically necessary care. But there were two important catches: 1) The case was fought using the Quebec Charter of Human Rights, so it applied only to Quebec, and 2) the court said the prohibition on private insurance could be justified if waits were not unreasonable.

While the Chaoulli ruling was groundbreaking, it did not throw the doors open to private care in Quebec, as many predicted. Insurers did not offer insurance for "medically necessary" care because there is essentially no market for the product. But there has been a steady growth in private clinics in the provinces, with many patients paying out-of-pocket for services.

So, while the Day case has potentially broad repercussions – because six provinces currently ban the sale of private insurance and, in several provinces, physicians must opt out of medicare if they want to sell their services privately – it's a bit too early to declare the death of medicare.

What the case will do, however, is expose many of the absurdities and contradictions in the way we fund and regulate health care.

For example, the court will hear the surreal story of a B.C. teacher who injured both his knees, one on the school playground, and the other while skiing on the weekend. Surgery was performed promptly on one knee because it was a workplace injury and workers' compensation pays for private care. But the teacher had to wait much longer for surgery on the other knee because it was repaired in the public system.

While both the provincial and federal governments are fighting to maintain the ban on private access to medically necessary care, ironically (or perhaps hypocritically is a better word), most of the surgery done at private clinics is contracted by public-sector institutions such as WorkSafeBC, the Canadian Armed Forces, the RCMP, Indigenous and Northern Affairs and Correctional Service Canada.

Dr. Day says his ultimate goal is to push Canada to have a "hybrid system" of public and private care, as is the norm in most European countries.

The reality is that Canada already has a hybrid system, with 70 per cent of care publicly funded and 30 per cent privately funded. What makes this country unique, however, is it is the only one that bans private insurance for hospital and physician care but, at the same time, makes most patients depend on private insurance for prescription drugs, dental care and long-term care.

Simply stated, we have an outdated definition of what is "medically necessary" and a wrong-headed view that universal health care can only be delivered with a 100-per-cent public insurance model.

Dr. Day's legal challenge, if nothing else, is going to force us to address these issues. Allowing some private provision of care and broader use of private insurance does not mean the death of medicare.

On the contrary, if the proper regulatory safeguards are put in place, and public health dollars deployed for a wider range of services (as in most European countries), we should emerge with a medicare system that is more universal and more fair. 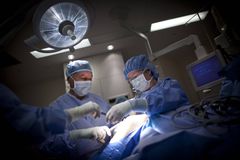 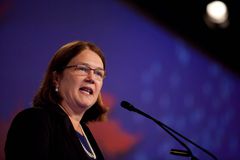 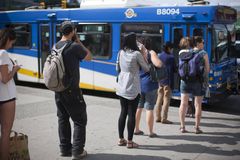