Here's some common-sense advice for young women who want to avoid the perils of "rape culture" on campus and in high schools.

Don't binge-drink to the point where you pass out – especially if you're with a bunch of men who are drinking too. If you drink until you're falling down, you're risking more than a hangover. According to one study, more than 80 per cent of campus sexual assaults involve alcohol – often on both sides.

Unfortunately, this is not a message that feminists want to discuss – especially people who denounce "rape culture." Last week, after Slate writer Emily Yoffe wrote a cautionary piece about the toxic link between rape and binge drinking on campus, she was torn apart by furious feminists who accused her of blaming the victims. Rape is men's fault, full stop, period, they insist – and any suggestion that women should change their own behaviour to protect themselves is outrageous. "To reiterate the old Puritan line that women need to restrain and modify their pleasure-seeking behaviours is a big step backward," one professor responded to her. Others accused Ms. Yoffe of promoting rape culture herself.

These people are so invested in the victim narrative that they don't believe young women have a legitimate responsibility to protect themselves. They also ignore the obvious. Alcohol disinhibits both men and women. It impairs their judgment, sometimes ruinously, and makes it harder for people to get out of situations they'd rather not be in (especially if they're borderline unconscious). Drunken men in groups often behave worse than drunken men on their own, because they're full of bravado and egg each other on. Alcohol is also commonly used by predators to facilitate sexual assault.

These facts were true when I was young, and they're still true today. Young women (and young men) who don't know or ignore them are likely to find out the hard way.

What has changed is the spread of binge drinking, which used to be confined to the frat-house-and-football crowd. My idea of heavy drinking used to be a beer on Friday. But today, a lot of young women try to keep up with the guys. Twenty-year-olds celebrate their birthdays by getting completely hammered with all their girlfriends.

According to the U.S. Centers for Disease Control and Prevention, 20 per cent of high-school girls binge drink – and nearly a quarter of all women between 18 and 24. When it comes to drinking, women are behaving more like men than ever. But equal-opportunity drinking has unequal effects. Ounce for ounce, alcohol incapacitates a 120-pound woman far faster than a 180-pound man. And it's men, not women, who press for sexual advantage – despite how sensitized they're supposed to be.

Yet critics of rape culture never blame sexual assault on booze culture. Instead, they blame frosh week chants, outdated sexual education, entrenched misogyny, video games, confusion over what constitutes "consent" and the failure of the justice system to catch the perpetrators. They deplore the fact that so few sexual assaults result in criminal convictions. What they fail to notice is that the line between sexual assault and drunken sex can be very hard to establish, especially in court. The notorious reluctance of women to report sexual assault, and of police to lay charges, has a great deal to do with this reality.

Advising young women to watch out for themselves at drunken parties is not the same as saying it's their fault if they get assaulted. It's simply granting them the agency to stay out of harm's way. It's like cautioning people to avoid dark alleys where muggers lurk. If you walk down the alley and get mugged, obviously it's not your fault – but you'll probably be more prudent next time. You can protest that everyone should have the right to to walk wherever they want, whenever they want, without fear. But that may not save you from losing your wallet.

The simplest way to reduce sexual assault on campus is not to attack rape culture – it's to attack booze culture. And the message we should be giving young women is: You don't have to be a victim. 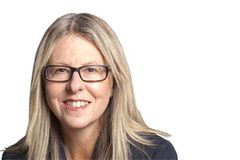 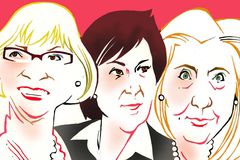 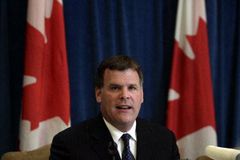