Mary Ellen Turpel-Lafond is B.C.'s Representative for Children and Youth.

The intersection of the release of the Truth and Reconciliation Commission findings with British Columbia marking Child and Youth in Care Week is fitting.

As we see reflected in the strong report of the TRC, this is not a coincidence. The lasting effects of multigenerational trauma caused by failed assimilation policies, such as residential schools and the so-called Sixties Scoop of aboriginal children adopted by white families, echo through child welfare systems and nearly every aboriginal family across Canada.

What is further obstructing the full development of this generation is the fact that, to our national shame, many systems of care – including child welfare, education and health – have failed to provide trauma-informed, accessible and high-quality services to aboriginal children and youth.

In 14,000 advocacy cases over eight years in British Columbia, my office has worked with these children, their families, and their political and social services organizations. While there have been many promising results and clearer understandings of what is required to support children who experience abuse, neglect and poor outcomes, the scope and scale of response required is not present on the ground and will not be until significant collaborative work is done – and serious accountability is built into the social care system.

My most recent investigation "Paige's Story: Abuse, indifference and a young life discarded," painfully reflects the current lack of accountability. It examines the life of Paige, an aboriginal girl with promise who nevertheless died of a drug overdose at 19 in Vancouver's notorious Downtown Eastside. Eighteen months after Paige's death, her mother died of an overdose in the same neighbourhood.

Paige's tragic story points to myriad issues that affect aboriginal children in care across Canada. Born into violence, substance misuse, poverty and transience, Paige was facing an uphill battle from the beginning and desperately needed help. She didn't get enough of it.

Aboriginal children in British Columbia are seven times more likely to come into care than their non-aboriginal peers. They are the main clients of a system which, all too often, seems to desert them. I have observed that there is often a lack of follow-through by professionals when it comes to aboriginal children. There seems to be a feeling of resignation by many that this is simply the fate of "those kids" on the margins, coupled with a lack of understanding about the deep-seated trauma that has pushed them along this path.

Aboriginal children in care deserve high-quality services rather than systemic indifference. They need understanding about the issues their families are facing; they need champions to reject the stereotypes and to see the potential. They need good systems of care and connection to family members, and to their culture.

I applaud the TRC's call for improvements to child welfare, health care and education. True reconciliation must begin with families, but it also must depend on governments and communities to support the waves of children affected by intergenerational trauma – children such as Paige.

Such work will not be easy. It will require an unflinching lens, as well as the ability to have difficult conversations about the harm children face and to command real resources to ensure that all aboriginal children have a fighting chance in life.

Opinion
To know the horror behind Truth and Reconciliation, read this letter
June 3, 2015 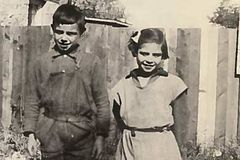 Opinion
Reconciliation can begin one classroom at a time
June 3, 2015 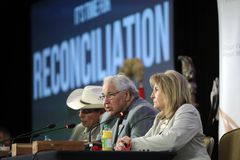