As June winds to a close, so too does the school year. During my childhood, this was a time of Popsicles and great expectations – not only of the summer to come but also of that fateful day when a large brown envelope would practically burn a hole in my knapsack as I delivered it home to my mother.

After she had read its contents, said some nice things and returned to her weeding, I would spend hours poring over my report card. The comments and grades were generally good, but that's not what made the document sacred. It was its personal nature, my teachers were writing – in their own voices and with their own pens – about none other than me.

I can't say I feel the same way about the report cards that come home in my sons' knapsacks. Typed in painfully small font and spouting turgid edu-speak, they remind me more of the bulletins I got from the intensive care unit where my son spent the first two weeks of his life.

Unless you happen to have specialized in clinical neurology, it's hard to know what to make of the fact that your newborn "is presenting intermittent hyperextension and hypertonus" or that his brain is showing "diffuse pathological signals in upper right frontal medullary layer, sparing the cortex." This kind of information requires interpretation.

Likewise, the report card. The fact that my son "writes different kinds of texts following models to communicate a certain purpose" in Grade 1 French leaves me rather cold. I should probably be heartened to learn that in math, he can "sometimes count forwards starting from a variety of numbers" but I'm not sure. What's the alternative?

When I read "in the Arts, he independently chooses different strategies to create movement," that piques my curiosity – not about my son, but about the Arts themselves. I'm glad to know that he is "moving safely throughout the space" of Physical Activity but I can't say it's a revelation.

Today's report cards are missed opportunities. As a parent, I want to better understand my child with this window into a classroom that I rarely enter. Instead I read that my child "makes appropriate choices to meet his personal and academic needs to achieve his goals."

It would be one thing if the teachers had nothing to say, but I know they do. In informal chats at pick-up, I've learned a lot from them: that one son seems afraid to make mistakes and hesitates to ask questions, while another remains impervious to classroom rules and has outed himself in the religious wars of kindergarten as an atheist. These insights don't fit into the corset of the report card. Pity the teacher that has to write them.

Of course, we're extraordinarily fortunate – not only that, years ago, my son's cortex was spared but that he is making appropriate choices, counting forward and moving safely through space. If he were floundering at school, I would be doubly vexed by a report card so heavy on jargon and light on meaning.

I'm sure my son will come through school as he did his tumultuous birth with flying colours, but the comparison is unfortunate. Few of us end up in intensive care, while most of us end up in school. It's an experience parents can and want to relate to.

Education, as the word in French suggests, is about the formation of a person. It is not clinical, objective or impersonal. Wrapping it in that kind of language makes today's report cards quite impossible to savour.

Opinion
Our two-tiered refugee system: Among the chaos, I found immense generosity
May 24, 2016 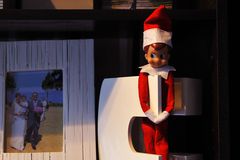