Veena Dwivedi is an associate professor at Brock University

Like many other Indo-Canadians, I was saddened but not shocked by the recent news that a study in the Canadian Medical Association Journal reported greater odds associated with sex-selective abortions in this community. As many have since pointed out, the study validates what several in the community have witnessed first hand: Girls in some Indian families are worth less than boys. It is hard for many of us to believe that people would actually abort their unborn fetus over gender. Sex-selective abortions are unconscionable.

Now that we've got the numbers out of the way, as well as the fact that it's an unconscionable act, what else is there to say? A lot, actually. I say this because we live in heady times. Every day, newspapers politicians talk about immigrants, refugees and the drain on our economy, our jobs, our "way of life." Stephen Harper brought the niqab into Canadian politics. Donald Trump is doing very well in America, likely because of his anti-immigrant rhetoric. So how do we interpret data that tells us that this brown community is aborting girls based on their sex – here in Canada?

Whenever we look at the other, we need to look at ourselves. The fact is that girls are devalued over boys, and that women are devalued over men, right here in Canada, and all around the world. Justin Trudeau told us that "because it's 2015" we should have a cabinet balanced by gender, and he was right. That's the real message here. Let's not open up the debate about abortion. It does need to be accessible, and without restriction. Let's face it: Lots of non-immigrant, Canadian-born, white women have abortions for reasons that many of us would also consider unconscionable. It happens. That is the price we pay for access.

So how should someone who is not part of the Indian community in Canada view these facts? I would say with sympathy and with reservation – not all people of Indian background do so. Importantly, the Indian community, like India itself, is heterogeneous. Just like we have urban versus small-town differences right here in Canada, within the very same province, there are massive regional differences in how women are treated in India.

For example, Kerala, a southern Indian state, is a matrilineal society. I always remind people that saying you are of Indian heritage is like saying you are of European heritage. Swedes and Italians are both European but have little in common. The same can be said for Indians.

Next, those of us who have lived in India and here in Canada can count the number of times that we have observed the negative valuation of women, with an almost equal number of times that we have seen the opposite. For a brief time, over 20 years ago, my husband and I lived in the southern Indian city of Hyderabad. Like all Indian households, we had a maid. Basamma lived in a slum, directly across the street from us. One afternoon, the doorbell rang. It was one of the dwellers from across the street, looking for Basamma.

Later we found out that the woman was inviting Basamma to a dinner party – due to the birth of a girl. My husband and I were surprised on two levels. What? They have dinner parties when they have no sanitation? And for the birth of a girl? Fantastic! Even 20 years ago, in India, girls were being celebrated. Not a lot. But they were.

I tell that story only to remind people of the heterogeneity of experience and of culture. Statistics don't give us those facts, but we need to be reminded of them.

Let's work to understand each other's different experiences and culture. It's the right way to move forward.

Opinion
Attitudes, inequalities at root of ‘missing’ girls
May 16, 2018 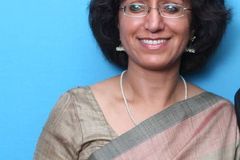