By now we are getting to know this story all too well. A crazy gunman declares war on infidels; a city goes into lockdown. Police respond with great professionalism. The crisis is resolved reasonably well under the circumstances. The gunman turns out to be a disturbed individual with extremist beliefs and a criminal history. The public remains calm and rational. After a woman removes her headscarf on public transit – presumably for fear of being hassled – thousands of people volunteer to ride with any Muslim in religious attire. The hashtag campaign, #illridewithyou, goes viral.

That's the Aussies for you. They kept their heads, just as Canadians did. Our liberal democratic values win again.

But it hasn't always been this way. And there's no guarantee it always will be. An organized plot, a medium-sized bomb, a few hundred dead would blow our equanimity to smithereens. In the awful days after 9/11, all we wanted was to get the bastards who did it before they did it to us again. (I speak as someone who, like most Canadians, profoundly identified with our neighbours in their darkest hour.)

It's easy to act sensibly when you feel reasonably secure. It's much harder when you feel profoundly threatened. Which is why we shouldn't feel overly sanctimonious about U.S. drone strikes, Guantanamo Bay or the newly detailed torture techniques of a few rogue operatives in the Central Intelligence Agency. We like to think we'd never allow anything so evil and disgusting ourselves. Fortunately, we have the luxury of not having to decide. We can let the Americans decide instead.

In all the shock and horror at the CIA revelations, what's been lost is the context of the times. After 9/11, most people were convinced that further attacks were imminent. The U.S. government was willing to do whatever it took to stop them, and most Americans probably were too. As several former agency directors wrote in The Wall Street Journal: "Faced with post-9/11 circumstances, CIA officers knew that many would later question their decisions – as we now see – but they also believed that they would be morally culpable for the deaths of fellow citizens if they failed to gain information that could stop the next attacks."

Many people argue that torture doesn't even work, and I certainly hope they're right. That would allow us to evade the much tougher question of how we'd feel about it – we could simply reject it on practical grounds without having to get into ethics. Most citizens probably accept the fact that governments must do unsavoury things from time to time on their behalf, but they'd really rather not have their noses rubbed in it. It's a testament to the transparency and openness of the United States that they invariably do.

In fact, the CIA's "enhanced interrogation techniques" were by no means the worst outcome of the post-9/11 panic. The worst outcome was the decade (and then some) of futile foreign wars that cost the lives of countless thousands of people and left the Middle East worse off than before, while disastrously eroding U.S. prestige in the world.

Some people argue that these lone-wolf attacks in the West are just part of the blowback. Perhaps they're partly correct – but right now, the issue is beside the point. "Every Muslim should get out of his house, find a crusader and kill him," declared one Islamic State group that may well have helped inspire Sydney's Lindt Chocolate Café gunman.

In the face of such murderous fanaticism, we have responded pretty well. I am afraid we're going to get a lot more practice.

The Sydney suspect: A self-styled sheik with an infamous past
December 15, 2014 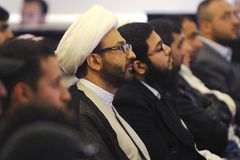 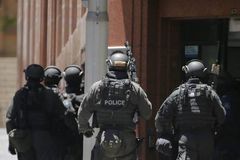 Uber backtracks on price hikes during Sydney hostage crisis by offering free rides and refunds
December 15, 2014
Follow us on Twitter @globedebate Opens in a new window
Report an error Editorial code of conduct
Due to technical reasons, we have temporarily removed commenting from our articles. We hope to have this fixed soon. Thank you for your patience. If you are looking to give feedback on our new site, please send it along to feedback@globeandmail.com. If you want to write a letter to the editor, please forward to letters@globeandmail.com.
Comments