The New York Times recently chronicled the path of a young woman, Alex, in rural Washington State, who was lured online toward the ideology of the Islamic State. Her main recruiter, Faisal, spent hours with her daily, patiently answering questions about Islam, sending books and gifts. Lessons about the faith morphed into IS dogma, and the command for believers to migrate to a homeland carved by the group on Syria and Iraq.

After announcing her conversion to Islam via Twitter, Alex was counselled by Faisal and his crew to hide her faith and remain isolated from American Muslims. She continued to teach Sunday school at church – as a Muslim. With few friends, and living with her grandparents, her online "family" became everything to her – until she googled Faisal's name and found a checkered past. Her grandparents intervened, along with the FBI, and put a temporary stop to her journey.

A quarter-century ago, the Soviet invasion of Afghanistan was nearing its end. The Afghan jihad received full support from the administration of U.S. President Ronald Reagan, who praised the mujahedeen as "courageous Afghan freedom fighters." Muslims were encouraged to participate, by donating or travelling to Afghanistan, a utopian "land of Islam." There were many "Alexes" back then. I almost became one myself.

At the time, I had renewed my commitment to Islam. It fulfilled a deep-seated spiritual longing that withered in the rarefied confines of scientific research. My ignorance of the faith left me ashamed. I saw the personal sacrifices of American converts – losing family, friends – and questioned my own commitment. I knew nothing, and wanted to learn everything. I sought books, lectures, classes, individuals and community. The latter saved me from going overseas.

At the time, there was no Internet. News about Afghanistan came from Arabic magazines, audio/video cassettes and visits from abroad. There was hardly any recruitment of women. The few women who did travel helped to take care of orphans and widows. It was difficult yet noble work. The idea of giving up Western comforts to help the most vulnerable in a war zone appealed to many of us – myself included.

Three things held me back. First, I knew my family would never approve. Second, I consulted a community leader who had intimate knowledge of the situation overseas. He counselled against travel, challenging my romanticized vision with the harsh realities of war.

Finally, there was the community of African-American Muslims that had taken me in as one of their own, who showed me an Islam that was indigenous, at home in the West, without the cultural baggage of immigrant communities. Their struggles dealt with racism, poverty, access to good schools, adequate health care and affordable housing. The jihad – or noble struggle – was right here.

I also worked with a national Muslim youth group that developed initiatives (by youth, for youth) to forge a North American Muslim identity through service, social activism and entrepreneurship – while helping their brethren elsewhere through legitimate means. I lived my faith fully, and I had a stake here.

Today, there is an ideological battle for the hearts and minds of Muslim youth. An alarming number have decided that they have no future here. We must reverse this trend by engaging them. They want to discuss politics, Islamophobia and Canada's foreign policy. They want to assert their identity in a meaningful way.

Heaping scorn, suspicion and fear only feeds their isolation. Let's help build resiliency by challenging their assumptions and channelling their energy so that they feel they have an important role to play here. 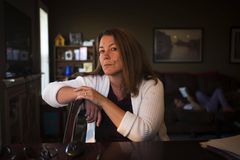 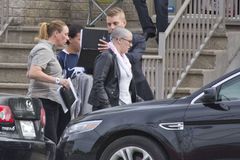 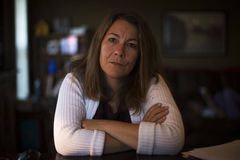