Madeline Roache is a London-based freelance journalist focusing on human rights in the former Soviet Union.

In August, 2016, Ilmi Umerov, a Crimean Tatar activist, was undergoing treatment in hospital for a heart condition when he was forcibly transferred to a psychiatric hospital by police and illegally held for 28 days. A few months earlier, the Russian Federal Security Service (FSB) had opened a criminal investigation against the 59-year-old on charges of "separatism." Mr. Umerov is a former deputy chairman of the Mejlis, the Crimean Tatars' elected representative body. Since Crimea was illegally annexed by Russia in March, 2014, he has been an outspoken critic of the occupation.

His lawyer, Emil Kurbedinov, winner of this year's prestigious Front Line Defenders Award for his work with Tatars in Crimea, told me Mr. Umerov was kept in appalling conditions: "Patients are often denied access to a bathroom and are fed at intervals of up to 17 hours." Mr. Umerov was denied the necessary medication for his heart condition and was kept in a room with about 20 other patients, Mr. Kurbedinov said. His daughter described his treatment as "life-threatening," given that he also suffers from diabetes and Parkinson's disease.

"I was told by psychiatrists, 'You just need to admit that you're wrong, and everybody will stop bothering you – it's as easy as that,'" Mr. Umerov said to a Russian journalist when he was interviewed in his psychiatric ward.

Mr. Umerov is among dozens of political activists in the former Soviet Union who have been subjected to psychiatric imprisonment and, in some cases, forced drugging and physical abuse. A recent report by the Federation Global Initiative on Psychiatry lists more than 30 new cases – from 2012 to April, 2017 – in which journalists and activists have been imprisoned in psychiatric hospitals.

"In many of these cases, psychiatric hospitals are far worse than prisons, as the victims are forced to take psychotropic medicines that cause mental instability and a change in their behaviour," said Robert van Voren, a professor of Soviet studies and chief executive of FGIP.

The highest-profile example may be that of punk-rock group Pussy Riot, whose anti-Putin protest in 2012 led to a compulsory psychiatric examination, a diagnosis of "chronic personality disorder" and a recommendation for their hospitalization.

"I was more frightened of being put in a psychiatric hospital than being imprisoned," said Nadezhda (Nadya) Tolokonnikova, a member of Pussy Riot. "If I were to undergo forced psychiatric treatment, it could change me forever. At least in prison, I still had my mind and imagination."

The number of cases has increased considerably over the past few years, targeting in particular Crimean Tatars and Ukrainian activists who oppose Russia's annexation of Crimea. According to Mr. Kurbedinov, since December, 2016, 10 Crimean activists have been forcefully sent to psychiatric hospitals, where they were interrogated about their alleged involvement in "extremism" and their views of the government.

"Psychiatry is now part of a frequent procedure in criminal trials where there is no concrete evidence," wrote Yuri Savenko, the head of the Independent Psychiatric Association of Russia (IPA), in the association's Russian-language journal. "It is more economical [than gathering evidence] in terms of the effort and time to acquire a psychiatric evaluation."

The question of human rights in Russian psychiatry is historically fraught. In the 1960s, psychiatry was used to systematically imprison thousands of political and religious dissidents in Russia. During this time, a disease unique to the Soviet Union – called "sluggish schizophrenia" because of its slow onset – became a convenient framework for explaining all transgressive behaviour. Symptoms included "anti-Soviet thoughts," "delusions of reformism" and "infantilism." As a result, almost any behaviour that deviated from the "norm" could be given a psychiatric diagnosis. By the end of the decade, many well-known writers and artists had been diagnosed as mentally ill.

There is evidence to show that Yuri Andropov, the chairman of the KGB from 1967 until 1982, developed psychiatry as a means of systematic political repression. "Psychiatry became a centrepiece in their struggle against ideological diversion," Prof. van Voren wrote in a 2013 report. "The political abuse of psychiatry originated from the concept that persons who opposed the Soviet regime were mentally ill because there was no other logical explanation why one would oppose the best sociopolitical system in the world."

Psychiatric detention was especially convenient because a person could be locked away until they retracted the "wrong ideas" the authorities deemed threatening to the existing power structure. "Unlike a prison sentence, the term of hospitalization can be indefinite or easily extended, making it a highly flexible tool for the authorities," Prof. van Voren said.

Punitive psychiatry was nurtured in a society that answered to the Communist Party's directives. Under this regime, a person's culpability depended not on their adherence to the rule of law but on their loyalty to the party. Even branches of medicine were corrupted by this logic, enabling the interests of the party to override those of patients. In psychiatry, this led to a normalization of systematic human-rights abuses and the weaponization of medical knowledge.

In the 1990s, when communism disintegrated into the cacophony of the free market, punitive psychiatry practically ceased to exist. But since Vladimir Putin's rise to the presidency in 2000, many argue that this form of political repression has resurfaced. In the same way that punitive psychiatry spoke to the lack of political freedoms in Soviet times, in modern Russia it reflects the intensifying autocratic atmosphere.

Over the past decade, the country's human-rights record has deteriorated sharply, particularly after the 2012 presidential elections that saw Mr. Putin inaugurated for a third term, which marked an unprecedented crackdown on opposition. Russia has the second-highest rate of violations ruled by the European Court of Human Rights (ECHR). It is even more concerning that in December, 2015, Mr. Putin signed a law allowing the Constitutional Court of Russia to overrule judgments made by the ECHR. It is no coincidence that cases of punitive psychiatry have surged, particularly since the Russian occupation of Crimea. If in the later Soviet decades psychiatry was used to punish anti-Soviet citizens, today it is used to punish those who express anti-Russian and/or pro-Ukrainian views.

For instance, another case of punitive psychiatry was the forced hospitalization of Chelyabinsk resident Alexei Moroshkin, who in 2015 was forced to spend 18 months in a psychiatric clinic in his hometown, some 1,700 kilometres east of Moscow. Mr. Moroshkin was initially arrested on charges of calling for "separatism" after his posts on social media, which promoted nationalism in the Urals and criticized the so-called "Russian dictatorship."

"There is every reason to believe that Russia resorted to punitive psychiatry to incarcerate Moroshkin for no more than his civic position," wrote Halya Coynash, a member of the Kharkiv Human Rights Group (KHPG).

Today, punitive psychiatry is used selectively against critics of the government – not so much to punish them but to prevent the spread of opposition and strengthen support for Mr. Putin. As Gerhard Mangott, a professor of political science at Austria's University of Innsbruck, said in an interview with Russian news outlet DW, punitive psychiatry sends a "signal" to politically active citizens to not publicly criticize the authorities. In this way, it enhances the existing culture of fear surrounding public protest in Russia. According to a September, 2017, poll conducted by Moscow's independent polling agency, the Levada Centre, 82 per cent of respondents said they would mostly likely not participate in mass protests, and 73 per cent thought it was highly unlikely that such protests would occur.

Additionally, punitive psychiatry discredits the opposition through the stigma of mental illness, which in Russia is rampant and where consulting with a psychologist – not to mention a psychiatrist – is much less widely accepted than in the West. "The mentally ill are perceived by the Russian public as dangerous, incurable, useless and harmful," said the IPA's Mr. Savenko.

In a 2015 interview with newspaper Novye Izvestiia, Mikhail Vinogradov, a Russian psychiatrist and head of the Centre for Legal and Psychological Help in Extreme Situations, declared that "there are occasions when medicine must have a police function … we must return to the law that existed in the USSR … the current law on psychiatry must be completely changed. We cannot give ill people the right to decide their fate." The Soviet-era law that Mr. Vinogradov was referring to allowed a person to be involuntarily incarcerated without his/her consent, whereas post-Soviet reforms in psychiatry excluded this practice and were hailed as a major achievement.

Psychiatrists, however, are not alone in holding these views. In 2015, the Levada Centre reported that 75 per cent of respondents favoured the involuntary incarceration of people with mental-health disorders. Discussions over the reinstatement of the law are reportedly continuing in Russia.

Changing attitudes toward the history of psychiatry in Russia are also extremely disconcerting.

In the early 1990s, Tatiana Dmitrieva, a former director of the Serbsky Centre, a psychiatric institution notorious for its participation in the political use of psychiatry, apologized for abuses at the centre. But in 2001, a year after Mr. Putin's inauguration, Ms. Dmitrieva reversed her position, stating that no such abuses had occurred and, even if they had, they were of no "greater magnitude than those encountered in the lauded Western countries."

Other prominent doctors have also denied the abuses. Psychiatrist Fyedor Kondtrativ called accusations of psychiatry's punitive use "slander, which was [previously] used for anti-Soviet ends but is now being used for anti-Russian ends," writes Julie Fedor in Russia and the Cult of State Security: The Chekist Tradition, from Lenin to Putin (2011), while Dr. Vinogradov has said punitive psychiatry is a "fairy tale" and that the majority of diagnoses have "proved correct."

For Mr. Savenko, who practised psychiatry during the Soviet era, these renunciations are particularly disturbing. "This is direct evidence of the restoration of police psychiatry," he wrote. "The past cannot be overcome if it is forgotten or distorted." 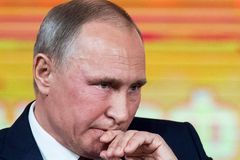 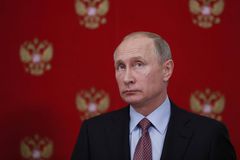 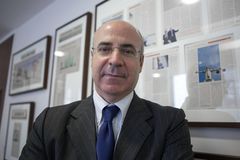