Mark Kersten is a researcher at the Munk School of Global Affairs at the University of Toronto, and author of the blog, Justice in Conflict.

The trial of Mr. al-Mahdi, a member of Ansar Dine who accepted responsibility for destroying UNESCO-protected shrines in Timbuktu, Mali, is a significant victory for the still-young court. What is less clear is how this case will resonate around the world, and whether it can deter similar crimes.

The first 15 years of the ICC's existence have been tumultuous. While the court has managed to prosecute a handful of militants responsible for mass atrocities, it has had its fair share of failures. Sudanese President Omar al-Bashir has been free since becoming the first person charged by the ICC for genocide. Joseph Kony, the notorious leader of the Lord's Resistance Army, continues to wreak havoc in Central Africa, 10 years after being indicted. The trials of Kenyan President Uhuru Kenyatta and Deputy President William Ruto collapsed as a result of a lethal combination of shoddy case construction by ICC prosecutors and Kenyan political interference. Today, the court faces accusations that it is biased against Africa. It also has a woefully limited budget, especially for an institution tasked with ending impunity for international crimes. The al-Mahdi trial represented an opportunity to break with this litany of controversies.

Mr. al-Mahdi's surrender to the ICC caught observers by surprise. He had been toiling in a jail in Niger when, following the issuance of a sealed arrest warrant, ICC officials flew to Bamako, got the necessary paperwork signed by government officials, and flew Mr. al-Mahdi to The Hague. Insiders immediately believed that he would plead guilty. He couldn't hide from his crimes; they were captured on camera. Moreover, he was likely targeted by the ICC in part because he promised to co-operate with prosecutors. Maybe he was motivated to do so by genuine remorse. Or perhaps he preferred the ICC's prison in Scheveningen over detention in Niger or Mali.

His arrest satisfied two of the ICC's interests. First, it could efficiently conclude a groundbreaking case without expending many resources. Second, it now has custody over someone who is likely to give investigators evidence of violent crimes committed against human victims. This was particularly important given that the ICC has yet to indict anyone for murder or sexual violence in Mali, despite calls to do so.

That at least two African states – Mali and Niger – co-operated with the ICC is likewise useful in combatting the perception that Africa is somehow "against" the court. So too is the fact that the ICC put a terrorist on trial for war crimes. Most crucially, however, the court tapped into global outrage about the destruction of cultural heritage sites. While the court has no jurisdiction in Syria or Iraq, where Islamic State fighters have wantonly obliterated historic sites, it could do something about the destruction of Timbuktu shrines. In prosecuting Mr. al-Mahdi, the ICC joined with UNESCO to form a new front line against the violent destruction of culture.

The al-Mahdi case is a powerful signal that the ICC takes cultural crimes as seriously as it does any other war crime. But it's unlikely that an IS terrorist in Palmyra or a Taliban fighter in Bamiyan would stop and say: "Wait – someone has been prosecuted for destroying mausoleums in Timbuktu. I better put down my crowbar." If deterring international crimes were that simple, then the prosecutions of warlords using child soldiers or those who commit genocide would have curtailed much of the very similar violence we see today. This isn't to be cynical. But it is important to understand the limitations of what global accountability can achieve, to avoid raising the expectations of victims and survivors about what the ICC can deliver.

The prosecution of Mr. al-Mahdi (who has yet to be sentenced) is a landmark moment for international justice. Without expending too many resources, The ICC showed that accountability for cultural crimes is possible. Even if his trial doesn't deter atrocities in Syria or elsewhere, it will have been worth it. But the court mustn't rest on its laurels. The demand for global accountability far outweighs its supply. Having Mr. al-Mahdi convicted is a win for the ICC. But it must also lead to additional accountability for the crimes committed against the civilians of Mali – on all sides. 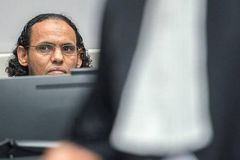 The radical Islamist who decided against attacking Islamic monuments
August 22, 2016 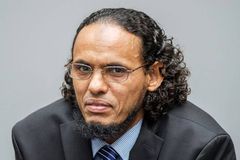 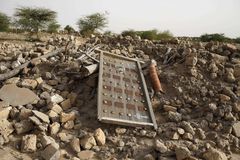 In light of the Timbuktu conviction, a history of destruction of cultural sites
August 22, 2016 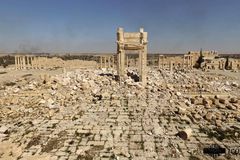