Glen Hodgson is senior vice president and chief economist at the Conference Board of Canada; Hugh Segal is the master of Massey College.

An innovative idea for social and tax policy reform – a guaranteed annual income (GAI) – has once again emerged as a topic for public debate and policy action. A window of opportunity has been opened for action in Canada, and we should find a way to act.

For decades, policy thinkers from across the spectrum (including the eminent conservative economist Milton Friedman) have discussed the benefits of a guaranteed annual income system, or what some call "basic income," but the analysis never got converted into policy action in Canada. However, political and financial conditions have changed. Major countries in Europe are actively examining a GAI, and all three levels of government in Canada may be more motivated to consider innovative action to address poverty more effectively.

How does a guaranteed annual income system work? Basic income support would be delivered as a tax credit (or transfer), administered as part of the income tax system. Existing social welfare programs could be streamlined into this single universal system, thereby reducing public administration and intervention. Earned income for GAI recipients could be taxed at low marginal rates, thereby lowering the existing "welfare wall" of high marginal tax rates for welfare recipients who try to break out of welfare by working and providing a stronger incentive for recipients to work and increase their income.

Moreover, the link is well documented between poverty and poor health, low education outcomes, substance abuse, family violence and other costly social ills. Additional fiscal savings could be realized if GAI recipients were to be "topped up" out of the pathologies of poverty.

The socio-economic case for a GAI is simple. Governments in industrial countries have been providing social assistance in some form for ages. In an affluent country like Canada, there is widespread agreement on the moral obligation to aid the weakest members of our society, to help them reach a minimum living standard. All three levels of government have a permanent de facto responsibility to fund and deliver social assistance, so delivering that support as efficiently and intelligently as possible, and ideally achieving more positive socio-economic outcomes, should be of interest.

Why now? Canadian governments, particularly provinces and cities, have few spare fiscal resources. Health care alone now absorbs nearly half of provincial spending and is squeezed between unrelenting pressure for access to health care services, and slower growth in the economy and in government revenues. Improvements to policy and program design that help manage these fiscal pressures need to be examined and implemented by governments.

In addition, labour force growth is slowing, meaning the economy needs all the work force talent it can find. An assured GAI floor could strengthen the opportunity for labour force engagement and social mobility, especially for young people and disadvantaged groups living in poverty. Policy reform that could address these issues deserves serious consideration.

Manitoba conducted a GAI pilot project forty years ago. The evidence from that project, gathered and assessed by academic economist Evelyn Forget, shows there were few negative labour force or social impacts from the provision of a GAI, contrary to what critics had expected. Positive advantages were produced – savings on health care and increased engagement in education by youth, specifically improved high school completion. But decades have passed since the Manitoba pilot, and more current evidence is needed on the possible benefits of a guaranteed annual income system with built-in positive work incentives.

Specifically, today's fiscal (and political) circumstances create a window of opportunity for the three levels of government to collaborate on one or more GAI pilot projects in targeted cities and provinces. Such pilot projects could test the design and results of a GAI compared to the status quo – the existing paternalistic social welfare system. Evidence could be captured and assessed on indicators like changes in socio-economic status and family attachment, health status and use of the health system, education and skills development, and labour force engagement. The Canadian Medical Association, public health authorities in various parts of Canada, mayors and premiers are all expressing significant interest.

In short, this may be an appropriate time to examine how to better address poverty through structural reforms to social welfare and income support. GAI pilot projects, supported by three levels of government, could be undertaken in one or more cities or provinces. The pilots could include basic income support and positive incentives for recipients to engage in the work force and to pursue their own advancement through education and skills development. The evidence gathered just might make the case for more fundamental and wide-spread social policy reform. Now is a great time for action.

Manitoba Liberals promise pilot project on minimum income if elected
January 15, 2016
Everyone talks about basic income. Here’s why they don’t implement it
December 12, 2015
Opinion
Ottawa must get serious about poverty reduction
October 29, 2015 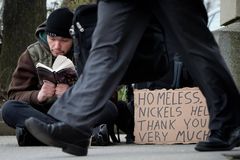