Janice Stein is the founding director of the Munk School of Global Affairs.

U.S. President Donald Trump broke a decades-long diplomatic tradition and recognized Jerusalem as the capital of Israel. With one stroke, he changed everything – and nothing. What he did is simultaneously significant and irrelevant. It is both because the status of Jerusalem is freighted with history, memory and symbolism.

It is significant because Jerusalem has been central to Jewish narratives, in one way or another, for some 3,000 years. Recognition of Jerusalem's unique connection to Israel by the President of the United States is quietly satisfying to many who live there. Jerusalem is also part of Islamic history, and no matter the qualifications that Mr. Trump introduced, it is disquieting and hurtful that this connection was not officially recognized. Muslims everywhere cannot but put that failure within the larger context of Mr. Trump's consistent targeting of Muslims as a threat to the United States since he came to office. And, last but not least, it is deeply disturbing to Palestinians for whom Jerusalem is part of a national narrative that is laced with loss and grief.

The consequences that will flow in the wake of Mr. Trump's decision reflect peoples' deep attachment to history, to memory and to the way history and memory create symbols that shape their consciousness. Anyone who walks the streets of Jerusalem, both East and West, feels the weight of history, the burden of memory and the strength of symbolism.

Look again, however, and Mr. Trump has changed nothing. The U.S. embassy is not moving for now and will probably not move at all before the next presidential election. Israelis will continue to avoid almost all of the old city of Jerusalem, except the Jewish Quarter, because most feel uncomfortable and, at times, unsafe there. Palestinians will continue to assert their claim to Eastern Jerusalem as their capital. When the days of rage are over, Jerusalem will look much the same as it did before they began.

What does Mr. Trump's decision tell us about his Middle East strategy, if indeed he has one? That he is satisfying his evangelical supporters and right-wing base is hardly a surprise. Most U.S. presidents do respond to domestic politics, but they usually try to do so in ways that do not compromise their core foreign-policy objectives.

Not this President. His symbolic rhetoric has just made it immeasurably harder for King Abdullah II of Jordan, Egyptian leader Abdel Fattah al-Sissi and Palestinian president Mahmoud Abbas to line up behind any peace initiative that the Trump administration may propose. It is possible that Mr. Trump, despite his rhetoric, has concluded that his vaunted "deal of deals" is going nowhere and he is settling for symbolic gains before he moves on. Put a check beside this campaign process because who cares about a "peace process" that has a vanishing possibility of success.

Dig a little deeper and the hand of Crown Prince Mohammed bin Salman of Saudi Arabia is not hard to see. Saudi Arabia's conflict with Iran is intensifying. The assassination of the former president of Yemen, Ali Abdullah Saleh, by the Houthis, whom Saudi Arabia sees as the allies of Iran, pushes the prospect of any resolution of this conflict far off into the distance. Saudi Arabia faces a deepening of a quagmire directly on its southern border. The Crown Prince has been quietly encouraging Israel to act more vigorously against militias in Syria that are supported by Iran. Not that Prime Minister Benjamin Netanyahu needed much encouragement: Syria is on its northern border and Israel's government, like the Saudi government, sees Iran as an overwhelming threat.

Prince Mohammed , or MBS as the Americans call him, apparently had a testy meeting with Mr. Abbas last week. Not for the first nor for the last time in Palestinian history, Mr. Abbas was metaphorically told to take what was on offer now, because the offer would get no better and, anyway, the Saudis and the Arab world had bigger issues to worry about than the borders of a Palestinian state. Make a deal, he was told, and get out of the way so that we can build the coalition that we need to confront Iran.

Not surprisingly, Mr. Abbas was not receptive, and so the conflict goes on, as it has for the past 100 years. Leaders flirt with history, manipulate symbols, tell stories, respond to domestic political interests, but the conflict goes on. That has not changed. 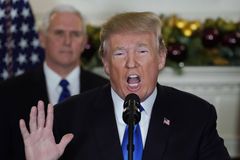 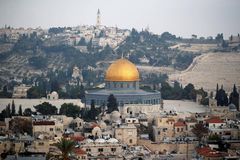 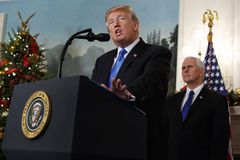