The Auditor-General's report on the F-35 procurement process was at once a key bit of clarity about the most expensive weapons program in Canada's history and another reason for Canadians to think this mess is unique. Canada, however, is just one of many countries disenchanted with the F-35's spiralling costs.

News coverage here almost always mentions the other countries purchasing the F-35 as an afterthought, but the multinational nature of this procurement program is quite useful for understanding this process.

In addition to Canada and the United States, countries such as Australia, Israel, Italy, Japan, the Netherlands, Norway, Turkey and the United Kingdom are participating in the F-35 program. Two key reasons are motivating this combined effort: economies of scale and interoperability. The U.S. sought to save money by compelling its services to buy variants of the same plane, contrary to the tradition of each branch having one or more fighters of its own. One plane meant that the research and development costs could be spread over the entire American and international purchase. The more planes purchased, the more these initial costs could be spread out.

Kosovo and now Libya remind us that the ability for allies to fly together effectively in the 21st century requires planes that can work together. While planes produced by NATO countries can do that reasonably well, allies flying the same plane will have much greater efficiency. The F-35 is supposed to be able to communicate with satellites, planes and ground assets far better than previous fighters. Allies flying in other planes would need workarounds to work with those countries flying the F-35.

For these reasons, the F-35 made sense for these countries, including Canada. Of course, the effort to co-ordinate purchases posed hazards for normal procurement processes. While the U.S. had a competitive process for picking the particular plane, Canada obviously did not. Rather than facing directly and transparently the reality that international co-operation contradicted the normal process, the Canadian government glossed it over, denying that the plane was under contract. This pattern of denial has continued with costs.

The Auditor-General's report has led to a debate about the numbers – what counts as a cost? – but this has been a distraction from a more fundamental issue: We still don't know what the costs of construction of each plane will be. The savings produced by economies of scale have not materialized. Instead, the plane's projected costs have steadily increased. While the Canadian government was still estimating $75-million per plane, other countries were realizing that the semi-bargain was disappearing. They started rethinking their plans. Italy, the Netherlands and Japan have cut their planned orders. This reverses the economies of scale, making each plane more expensive.

The common problem faced by countries seeking a 21st-century military is that the new weapon systems are far more expensive than the previous generation, creating significant tradeoffs of quality versus quantity. Escalating costs make it harder for countries to buy as much as they think they need. The problem Canada faces is that it may not be willing to pay the price of replacing the current CF-18s with enough F-35s to defend Canada and to participate in multinational endeavours, such as Kosovo and the Libyan air campaigns.

Canada is not alone in this, particularly as its partners are facing far more severe budgetary problems. What distinguishes Canada has been the denials of the government. Rather than being direct and open that costs have been escalating and that such increases threaten Canada's ability to field an adequate air force, Prime Minister Stephen Harper and Defence Minister Peter MacKay have chosen to deny these realities, making it hard for anyone to believe any subsequent statements. Any Canadian government – Conservative, Liberal or NDP – would face the same basic problem: The costs of today's and tomorrow's defence require us to consider the tradeoffs and strategies for managing these costs. A co-operative international purchase seemed like a good way to go, but it required finessing the procurement process – and clear eyes when the price escalated. 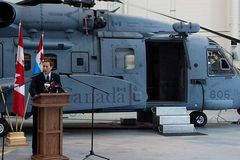 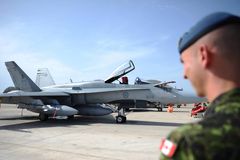 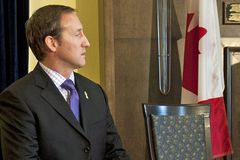 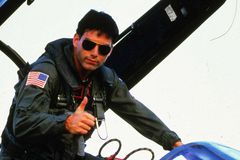 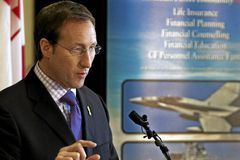