Depending on whom you ask, the actions of Louis Riel, Norman Bethune and others who lived through difficult times can be seen as verging on treasonous or justified. Add to that list Mewa Singh.

Outside of Canada's sizable two-million-plus South Asian community, few Canadians will have heard of Singh, who is revered as a Che Guevara-like figure by many Sikhs. A new play, The Undocumented Trial of William C. Hopkinson, opening at the Vancouver Art Gallery, is the first major artistic production to re-evaluate a man whom many view as Canada's forgotten martyr.

In the play, Mewa Singh is placed on the stand to answer for his real-life shooting and killing of William Hopkinson, a Canadian immigration official. The incident took place in the same art gallery on Oct. 21, 1914, when it served as Vancouver's provincial courthouse.

On that morning, Singh walked up to the third-floor rotunda and killed Hopkinson with four shots from his revolver. He then handed over his weapon to the authorities and took full responsibility for his act, knowing he would receive capital punishment.

"I shoot. I go to station," he proclaimed, in his limited English. Within three months, on Jan. 11, 1915, Singh was hung from the gallows in New Westminster. He died at the age of 33, the same age as Hopkinson.

Despite the violent act, Mr. Singh has been lionized by Canada's Sikh community in the same way Louis Riel has been by the country's Metis population. Though he is a character written into Canadian history books as an assassin, he is the Sikh community's version of Tiananmen's Tank Man, the solitary protester saying no and standing his ground against the machinery of institutionalized repression.

There are numerous sports and literary events organized annually in his tribute. The dining hall in Vancouver's Ross Street Sikh temple – the country's largest gurdwara, where Indian Prime Minister Narendra Modi stopped by with then-prime minister Stephen Harper for a visit in April, 2015 – bears his name and iconic image in memorial.

For playwright Paneet Singh, The Undocumented Trial of William C. Hopkinson is a forum to cast light on the murky events that led to the shooting, and to reveal the social conditions that made the collision between Singh and Hopkinson unavoidable.

"I have been surrounded by this story since I was a child, when my mother would tell it to me," Mr. Singh said. "Mewa Singh's name resonates in the South Asian community, but it has been locked out of the mainstream. This play exposes his actions through the framework of the times in which he lived in order to move the story into the 21st century. He stood up in the most difficult of circumstances and follows in the tradition of other Canadian martyrs like Louis Riel."

Hopkinson and Mewa Singh were born and raised in India, and in adulthood both migrated to Vancouver. Singh left a small village near Amritsar, Punjab, to find his fortune, while Hopkinson left his post as a policeman after his first wife died. The Raj in India was beginning its slow fade. Hopkinson had never lived in Britain and so chose to renew his life in Vancouver.

But at the turn of the 20th century, Canada's promise as a new-world Gold Mountain came with caveats for non-white immigrants over their European counterparts. The Canadian government had institutionalized racism through legislation such as the Chinese head tax and the continuous journey clause. The latter was utilized in 1914 in the infamous Komagata Maru incident, which was playing out at the same time as the Singh versus Hopkinson duel.

Despite holding very different stations in life, the destinies of Hopkinson and Singh became intimately tied to each other in British Columbia. Hopkinson's fluency in Hindi landed him a job as a government agent assigned to harvesting information from the Sikh community about its sympathies for Indian independence from British rule. He had a number of active moles in the community burrowing for intelligence.

Hopkinson's methods were as heavy-handed as his agents were clumsy – they shot and killed two Sikhs at the local temple. Hopkinson threatened Mewa Singh to become an informant, or to find himself the next target.

What Hopkinson didn't anticipate was that Singh would accept death before turning. Killing Hopkinson would not save Singh; it would only give rise to another Hopkinson. But making a public statement by killing him in the open and by embracing the death penalty would make a statement that resonates to this day.

For Sikhs in Canada who were struggling for a foothold in Canada at the time, Singh's defiance would inspire their push for political equality – an achievement coming 30 years later in 1947, when South Asians and Chinese were granted the right to vote.

Mewa Singh's singular act echoes still in the disproportionate success of South Asians in Canadian politics – there are 17 MPs of Sikh heritage currently serving in Canada's Parliament. If the Chinese community had its own version of Mr. Singh, perhaps its members would be better represented at the highest political levels.

Mr. Hopkinson's pernicious agenda was a spear foiled by Mr. Singh's shield. Hopkinson left India seemingly to find his piece of the Cotswolds in the new world. But the new world would not be shaped by the old rules, as he fatefully discovered in his encounter with Mewa Singh.

Neither could have foreseen the modern multicultural Canada their clash would inadvertently help cast.

Jagdeesh Mann is a journalist based in Vancouver. He writes for the Asian Pacific Post. Find him on Twitter: @JagdeeshMann. 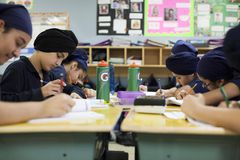 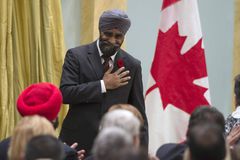 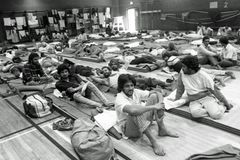 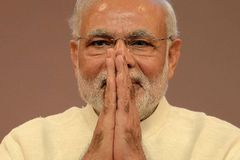 The Bard goes Bollywood: Can South Asian Shakespeare add real colour to the stage?
May 1, 2015
Follow us on Twitter @globedebate Opens in a new window
Report an error Editorial code of conduct
Due to technical reasons, we have temporarily removed commenting from our articles. We hope to have this fixed soon. Thank you for your patience. If you are looking to give feedback on our new site, please send it along to feedback@globeandmail.com. If you want to write a letter to the editor, please forward to letters@globeandmail.com.
Comments