David Johnston and Howard Alper
Contributed to The Globe and Mail
Published February 18, 2013 Updated May 11, 2018

More than a century ago, Alfred Nobel began a tradition of recognizing excellence when he left much of his wealth to those who, with each passing year, "shall have conferred the greatest benefit to mankind." Today, the Nobel Prize is a force for good in the world, celebrating and encouraging achievement with awards in physics, chemistry, physiology or medicine, economic sciences, peace and literature. Many Canadians are on the long list of recipients.

The emergence of a world-class community of researchers and creative minds in Canada is undoubtedly one of our country's greatest achievements of the past 50 years. But is our learning receiving the international recognition it deserves – not solely in terms of Nobel Prizes, but with the many prestigious global honours and awards given to researchers each year? Are we adequately celebrating the work of the leading scholars and scientists at work in Canada today? Is their success being shared with and noted by the world?

In this our record is mixed. As the Science, Technology and Innovation Council (STIC) has pointed out, Canadians are in fact winners of a disproportionately large share of global awards – approximately one in five international prizes goes to a researcher from Canada. Canadians do particularly well in the fields of environment, medicine and technology. These are important successes, not to be undervalued.

However, the STIC also noted that when it comes to the world's most distinguished awards – the Nobel Prize, the Wolf Prize and the Fields Medal, for example – our country is underperforming. In the period from 1941 to 2008, Canadians received 19 of the top international awards in science – an impressive achievement, to be sure, but lacking when compared with the United States (with 1,403 winners), the United Kingdom (222), France (91), Germany (75) and Australia (42).

The gap between Canada and other countries is significant because, in a world where knowledge is a key resource, awards are an important indicator of success, both for individual researchers and for the institutions that support them. In a globally competitive environment, such indicators are critical because when it comes to research, nothing attracts talent and resources like success.

This has implications for us all. In today's world, well-being is increasingly being defined by our ability to deepen our understanding of the natural and social world. In other words, knowledge is an increasingly valuable currency and essential to meeting the complex, interrelated challenges of the 21st century. Celebrating and nurturing our learning through awards and prizes is important to success.

With this in mind, Canadian research agencies, scholarly associations and other organizations are taking action to enhance the global visibility of Canada's contributions to learning. This concerted effort is being supported by the STIC, as well as by Canada's three granting agencies – the Natural Sciences and Engineering Research Council, the Social Sciences and Humanities Research Council and the Canadian Institutes of Health Research.

Working together, the aim is to nominate more of our leading scholars and scientists for major awards and prizes, while renewing our approach to sharing and celebrating their findings. We are reaching out to the wider academic and research community to identify opportunities for recognition and to develop compelling and strategic nominations. Our hope is to double the number of Canadian winners of international research awards by 2017. Would that not be a wonderful way to celebrate Canada's 150th birthday?

It is so important that we recognize excellence, because our researchers and scholars are tackling problems and developing knowledge in science and engineering, in health and medicine and in the social sciences and humanities – in short, they are seeking answers to some of the most pressing questions of our time. Their success is our success, and that is a fact worth celebrating.

David Johnston is the Governor-General of Canada. Howard Alper is chair of the Science, Technology and Innovation Council.

Opinion
Technology is blurring the line between work and play
April 11, 2018 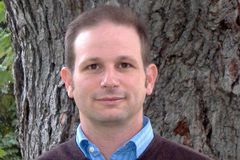 What tomorrow’s opinion leaders are studying today
May 11, 2018 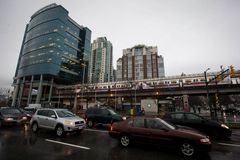 Opinion
Unshackle government scientists and let them do their jobs
May 11, 2018 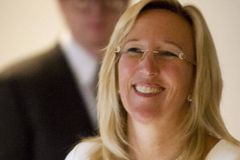