On April 1, the Ontario Homeopathy Act comes into force. Sadly, this is not an April Fool's joke.

There is no scientific case for homeopathy. It is undiluted quackery.

Edzard Ernst, an emeritus professor at the University of Exeter, who has published more than 100 papers on the subject, describes it as follows: "Homeopathy is based on the belief that 'like cures like' and that the dilution of medicine – homeopaths call the process 'potentiation' – renders it not weaker but stronger."

Homeopaths believe that the water molecules retain a "memory" of the original substance, allowing nano-doses to trigger a healing response in the body.

None of these concepts have any basis in biology, physiology or medicine. They are vestiges of centuries-ago practice, when homeopathy was an attractive alternative to bleedings, leeches and other snake-oil potions.

This does not stop practitioners from making sweeping claims about "medicines that respect the wisdom of the body." It is even stated repeatedly, as fact, that there are numerous studies demonstrating homeopathy's effectiveness.

In fact, the Australian National Health and Medical Research Council has just published what is probably the most thorough and detailed investigation of homeopathy since it was conceived by Samuel Hahnemann in the late 18th century.

The conclusion of that blue-ribbon panel is as definitive as it is damning: "There are no conditions for which there is reliable evidence that homeopathy is effective." None. The effect homeopathic remedies have, if any, is that of a placebo.

If someone wants to take a magic potion to treat a cold, acne or some other banal everyday ailment, there's no harm in doing so, other than a lighter wallet. (And no benefit either.)

The problem is that, all too often, homeopathic concoctions are touted as a substitute for vaccination, or for the treatment of potentially life-threatening conditions such as asthma and cancer.

As the Australian NHMRC report warned, this can prove dangerous: "People who choose homeopathy may put their health at risk if they reject or delay treatments for which there is good evidence for safety and effectiveness."

So why then does Health Canada license homeopathy products such as nosodes (so-called homeopathic "vaccines") and why do provinces such as Ontario legitimize the practice of homeopathy by regulating it?

What federal and provincial regulators are trying to do is mitigate the potential damage done by this form of quackery. But scientists and practitioners of real medicine are divided on how that is best done.

Health Canada has taken the position that it is better to regulate the safety of homeopathic products – but not their effectiveness, as it does with prescription medicine – than to have no rules. And banning homeopathic products altogether would be hard to justify legally because, after all, the pills and potions are little more than water.

Similarly, Ontario has allowed homeopaths to draw up standards of practice and self-regulate like every other health profession – physicians, nurses, pharmacists, chiropractors, naturopaths, etc. – because that will at least allow the public to seek recourse if people are wronged or harmed when purchasing the products and services of a homeopath.

The problem is that these actions of government lend a veneer of legitimacy to homeopathy. If products are approved by Health Canada and the people "prescribing" them are regulated by the province, the public can be forgiven for thinking homeopaths are as legitimate as physicians who prescribe prescription drugs. That amounts to aiding and abetting fraud.

Exacerbating this problem is that most pharmacies sell homeopathic products. This is no doubt profitable, but is it ethical?

Should pharmacists – who are inarguably legitimate health-care professionals – be selling quack products that have no medicinal value alongside over-the-counter drugs such as Aspirin and on a similar footing to prescription drugs?

There is a movement afoot – albeit a modest one – calling on pharmacists, and particularly big retail pharmacies such as Shoppers Drug Mart and Rexall, to stop selling homeopathic products.

Homeopathy does not deserve the legitimacy of being on pharmacy shelves. For those who believe in quaint concepts such as science and evidence, the appropriate response is to treat homeopathy with disdain and mockery – one of the most popular take-downs being a short video of a homeopathic emergency room.

Yet, the lack of credible evidence does not seem to deter the public from gobbling up homeopathic sugar pills – or, more accurately, water pills – in prodigious quantities.

Homeopathy is not evidence-based. It should be marginalized, not embraced. There is no excuse for pandering to the deluded by diluting our ethics, standards and public policies. 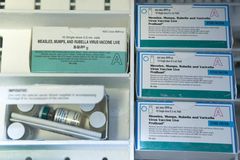 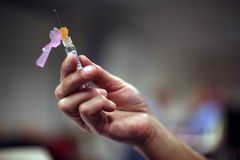 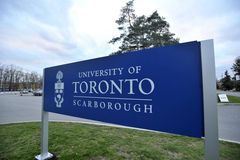 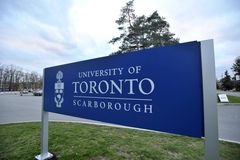