Stefanie Carsley
Contributed to The Globe and Mail
Published December 9, 2014 Updated May 12, 2018

Stefanie Carsley is a doctoral candidate at McGill University's Faculty of Law.

Discussions surrounding Quebec's proposed reforms to its laws relating to assisted procreation have focused on its decision to eliminate its program of funding three cycles of in vitro fertilization (IVF). But this narrow focus ignores other significant changes in Bill 20: notably, its decision to prohibit women over the age of 42 from using IVF and the requirement that Quebeckers using donated sperm or eggs undergo a psychosocial assessment prior to accessing treatment.

These new laws draw distinctions between Quebeckers on the basis of their age and whether parents will have a genetic connection to their children. The government has also advanced these changes without explaining the differential treatment they propose.

Quebec law currently states that anyone of "childbearing age" – i.e. pre-menopause – can use IVF. Bill 20 would prohibit any woman over the age of 42 from accessing IVF and physicians who treat women above this age could be fined $5,000 to $50,000. Importantly, this restriction and the associated penalties would apply even though the government would no longer be paying for IVF treatment, but would instead be offering a tax credit.

This new age limit is out of step with current medical practices and recommendations. For instance, the American Society for Reproductive Medicine recommends age 55 as a maximum for IVF. Some Canadian clinics, such as the McGill University Health Centre's (MUHC) Reproductive Centre, have a cutoff at age 50. These restrictions are based on data about the health risks for women and children, and the potential success rates of treatment.

So why impose a limit at age 42? This restriction might reflect a (contentious) view that women past this age are too old to begin a family. At 42, a woman's chance of conceiving using her own eggs is dramatically reduced. Centres like the MUHC thus require their patients at age 43 to use donated eggs if they wish to undergo IVF treatment.

Yet the Quebec government does not place restrictions on the age at which women can conceive through intercourse. Certainly then, any age restrictions for Quebeckers conceiving through IVF ought to be carefully justified.

The proposed bill would also require any individual or couple who intends to use donated sperm or eggs to undergo a "psychosocial assessment" by a psychologist or social worker. While future regulations would clarify what this assessment would entail, a government report from June of this year suggests that it would determine whether patients would be "fit parents."

Quebeckers who become pregnant without medical assistance are not required to undergo – and pay for – psychosocial assessments to determine whether they ought to be permitted to be parents. Why then does the government seem to presume that those Quebeckers who use donated genetic material might be unfit to parent?

The government appears to be making a superficial (and misguided) analogy between sperm or egg donation and adoption. A child born through the use of donations will not have a genetic connection with at least one parent and in this way bears some resemblance to an adoptee. But unless a surrogate is used, a child conceived through assisted procreation will be born to the parents who intend to raise him or her. Assisted procreation arguably bears more similarities to conception through intercourse than to adoption.

Ultimately, these new laws will also disproportionately affect same-sex couples and single parents who, unlike opposite-sex couples, will necessarily need to use donated genetic material in order to build their families.

Bill 20's provisions arguably prejudice Quebeckers who need to use assisted reproductive technologies in order to conceive, and do so without providing justifications for the bill's new restrictions and the distinctions they draw.

Quebeckers ought to have access to adequate information and counseling in order to make informed decisions about the age at which they pursue treatment and whether they wish to conceive using donated materials. But the government has no business making these decisions for Quebeckers, especially when it is no longer footing the bill. 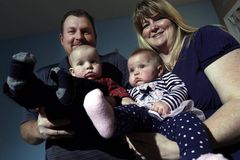 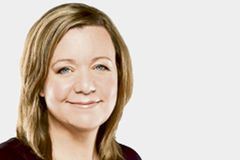