Agata Piekosz is a PhD candidate in sociology at the University of Toronto.

Prompted by my own confusion about the sexual practices of celibate clergy, I finally asked my friend Fr. Michał [pseudonym], "Do you think that celibacy will ever be a thing of the past?" He gave me an answer I regularly reflect on. "You know," he said "in the seminary, we all would often joke about it! And we would say to each other, 'Perhaps not in our lifetime! But! Perhaps it will end in our children's lifetime!'"

Recently, The Vatican Insider, reported that a group of 26 Italian women had written to Pope Francis, pleading with him to end celibacy, as all of them claimed to be "deeply in love with a priest". Shortly after, in an interview with La Repubblica, the Pope stated that his consideration of the end of celibacy and ban on marriage, "needs time", suggesting that "there are solutions and I will find them".

Fr. Michał's passing remark points to three central issues of 'the end of celibacy': the first is a hope on the part of lay people and clergy that celibacy will eventually come to an end; the second is the acceptance that this change might take many generations; and the third is the reality that, despite the best efforts of the Catholic hierarchy to control clergy, priests do not completely deny their sexuality.

Based on my many conversations with priests in Canada and in Ireland, it is clear to me that most priests struggle to balance their objective roles and subjective experiences as men. Institutionally, priests are bound by the rules and norms of the Roman Catholic Church, which governs their practices, traditions, mobility, and sexuality; this of course leaves little room for autonomy. Personally, the priest experiences many of the same emotions and feelings other men do, including dealing with anxieties about their sexuality. While they do not deny that celibacy has its place, they also acknowledge that it requires a more realistic private and public dialogue.

For young men in the priesthood 'the end of celibacy' would mean increased autonomy. For many, the increased autonomy has a positive outcome. The general loosening of hierarchical authority on individual men would allow religion and Catholic teachings to enter the private sphere in ways it could not before. At the level of marriage, clergy would be allowed to have families of their own, who then, by extension, would also be Catholic. At the parish or community level, married priests would gain more visibility, as those in their parishes and elsewhere would consider them as peers and not as men to be revered or feared. At the institutional level, increased autonomy would lead to increased vocations, leading to more Catholic priests, which would in turn reinvigorate Catholic faith and Catholic practice. This picture is full of hope, and many priests believe that this might be the right path to reinvigorate their own wavering faith and that of their parishioners in a church tarnished by scandal.

A priest's hopeful outlook is exactly what the church wants to accomplish. Current discussions about 'the end of celibacy' have less to do with an imminent change in policy than it is about instilling a sense of hope. The hope is rooted in the recent focus on 'new evangelization'. To 'evangelize' means to convert individuals into the Catholic faith, 'new evangelization' aims to reach out to Catholics who have become secularized, alienated, or "distanced from their faith". The aim of 'new evangelization' promises "re-proposing" the word of God to those who have experienced "a crisis of faith". In other words, it aims to remind Catholics, like the clergy, where they stand. Passing remarks about 'the end of celibacy', therefore, are less about actual change than they are about regaining control over an unruly, disturbed, or generally confused, Catholic population.

The hope then should be seen a useful or necessary tool and tactic. The hope acknowledges the complexity of sexuality within the Catholic Church without focusing on the known negative consequences of celibacy related to pedophilia and the highly profiled sexual abuse scandals. It also offers an avenue to discuss the complex role of women in the Church. The hope suggests that women might consider 'the end of celibacy' as something to look forward to, which simultaneously suggests that women should stop pursuing the goal of ordination altogether. Over all, the chances for either 'the end of celibacy' or the ordination of women into the Catholic priesthood are slight. As Pope Francis suggests, "there are solutions", but he is yet to "find them".

Clearly, not all priests are pedophiles, and most will continue to follow the vow of celibacy. In my interaction with priests, as a young and single female scholar, I have appreciated the ways in which our interactions are free from subtle or obvious acts of sexual objectification or judgment. In general, I have learned, that there is a lot to discover when we suspend our general preoccupation with sex altogether. 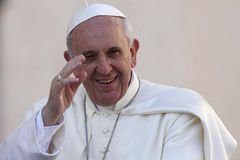