A few years ago, I found myself in the vice-principal's office at a Toronto elementary school with a majority of recent immigrants and refugees from Africa, Asia and the Middle East in its student body. I was struck by all the posters in her office, and in the hallway outside, devoted to anti-bullying campaigns. "I guess schoolyard bullies are a big problem at a school like this," I said.

"Oh no," she said, visibly surprised, "not here – we're required to run those campaigns, but bullying is really something for the white schools. You don't get much of it at schools like this."

I later heard similar remarks from teachers and education experts in other cities: that it's the "white" schools with mainly non-immigrant populations where bullying and psychological distress are serious problems.

I assumed, for a while, that this was a matter of perception. After all, bullying is a current obsession of middle-class white parents. New-Canadian parents, lacking fluency and time to monitor their kids, might not be able to perceive or report schoolyard abuse when it takes place, I guessed.

And then I ran into Kathy Georgiades, a clinical psychologist at McMaster University's Offord Centre for Child Studies, who happened to be conducting a series of large-scale studies of exactly this question, and finding surprising results.

In 2007, she and her team of researchers conducted a study based on interviews with 14,000 primary-school students, their parents and their teachers. They found that children living in neighbourhoods with higher immigrant populations experienced "lower levels of emotional-behavioural problems" – including those problems that are usually classified as "bullying" and "being bullied" – than those in mainly non-immigrant neighbourhoods.

That study had its limits: The interviews were only conducted in English and French, leaving out non-fluent families who might be more vulnerable. And they were classified by neighbourhood makeup, not by actual school experience. Her results had doubters among education officials, who had always classified non-fluent immigrant kids as "at-risk" – extra vulnerable to emotional and behavioural problems. Her results suggested the opposite.

So Dr. Georgiades assembled a larger, better-funded team and spent the past couple of years conducting a more comprehensive study. It held lengthy, structured interviews with students, parents and teachers at 36 primary schools in the Hamilton area's public and Catholic boards, in nine languages, on the details of their experiences, feelings and actions; and cross-tabulated the interviews with the students' academic, standardized testing, counselling and disciplinary records.

She told me that the study results (to be published later this year) show conclusively that more immigrant-heavy schools have a lot less bullying, as reported by students, teachers and parents – especially if more than 20 per cent of the students are foreign-born.

This extends to all emotional and behavioural problems. The more immigrants in a school, the better the mental-health outcomes for the newcomers. It appears to be an example of what some scholars call the "protective effect of migrant density" – newcomers and their children are more likely to help each other out than to turn against others.

If immigrant-heavy schools are good for mental health, it appears they may also be good (or at least no worse) for educational results. Research in the United States and in Britain has shown that the introduction of significant numbers of immigrants and students not fluent in English tends to improve educational outcomes in schools – not just for the immigrants themselves, but for the native-born students, who appear to have better grades and higher graduation rates than they would if they attended a school with mainly native-born students.

This may be because immigrant-heavy schools have more resources, such as teaching assistants, and because they're forced to abandon front-of-class lecturing and offer lessons at multiple levels and tailored to multiple learning styles and paces – which is good educational practice for everyone.

Given such findings, it may be time to rethink the way we judge schools. School rankings, such as the Fraser Institute database popular with real estate agents, tend to rate schools higher if they have fewer foreign-born students. It appears that they may have it backward.

What to do if your child is being bullied at school
September 15, 2016
B.C. schools to add protections for LGBTQ students in anti-bullying policies
September 8, 2016 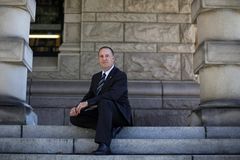 Opinion
Immigrants value education – so we should value them
January 7, 2016 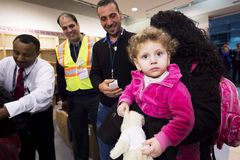