Canada has a gun problem. These five words are sure to inflame passions and set off intense disagreement among some Canadians. This is because the words challenge many Canadians' view of themselves and what they believe to be their level-headed approach to firearm ownership.

After all, when it comes to guns, Canada is a haven of calm, social liberalism, isn't it? One that stands in stark contrast to the violent world of the neighbouring United States. It's a view firmly laid down by Michael Moore in his film Bowling for Columbine and perpetuated, if nothing else, by the relative absence of debate about gun deaths in Canadian news media.

The problem, however, is one born from perspective. From where Canadians stand, their country probably feels safe. After all, according to data from the U.S. Centers for Disease Control and Prevention, there were more than 56,000 gun homicides in the United States between 2009 and 2013. Canada, during that period, tallied 977 firearm homicides, according to Statistics Canada.

The difference is so stark, it risks being blinding. Of course, the difference is partly because Canada has far fewer guns. The estimated number of firearms (legal and illegal) in the hands of civilian owners in Canada is about 10 million, about 31 guns per 100 people. The United States has far more guns: about 310 million, almost one gun a person. Even taking these numbers into account, however, it seems that, compared with the United States, Canada is a pretty safe place to be when it comes to guns.

And Canada isn't the United States, is it? It has a much more European approach to matters such as taxes, health care and education. So let's compare Canada with the European Union and the European Economic Area. Then the perspective on Canadian gun crime shifts dramatically.

If Canada were included as part of the 31 countries that make up the wider European region, it would rank fourth in terms of gun-homicide rates. In terms of sheer numbers, only France, Germany and Italy have more gun deaths a year. Suddenly it seems as if Canada isn't the haven of peace and gun harmony that people might think. And this is just homicides we're talking about.

There is another darker, hidden toll that blights Canada – gun suicides. As the Department of Justice notes: "In Canada, about 80 per cent of firearm-related deaths are suicides." According to gunpolicy.org, in the 35 countries in the Americas only the United States, Uruguay and Argentina have more recorded gun suicides per capita than Canada.

This is Canada's real gun problem. Between 2003 and 2012, at least 5,616 people were reported to have shot and killed themselves. It's a shocking firearm suicide rate, more than 12 times that of England and Wales (at about 80 firearm suicides a year).

Many people shrug when they hear about the methods employed when it comes to suicide. Well, they say, if they didn't find a gun to use, they would find another way to end their lives. But repeated studies have shown that limiting a person's access to a gun markedly reduces the risk of suicide.

A study about the impact of the Australian buyback initiative and strict gun-law reforms in the mid-1990s, for example, found that the measures led to a decrease in gun suicide, but had no significant impact on non-firearm suicide rates. Put simply, people did not choose to kill themselves by another way.

A gun, more than anything else, has the capacity to turn a moment of despair into a lethal moment. Its very presence in the home can rapidly escalate that risk. One study of survivors of self-inflicted gunshot wounds in the United States found that 40 per cent had contemplated suicide for less than five minutes beforehand.

So, yes, Canada has a gun problem. It has more than 500 gun problems each and every year; one for each time a man (and it is almost always a man) decides to pick up a gun to end his problems.

This hard reality shouldn't be one based on comparisons. Just because about 20,000 people shoot themselves in the United States every year doesn't mean that the 500 people who do the same in Canada are not worth concern. They are. More needs to be done in terms of mental health and access to guns in Canada. Gun suicide is all too often preventable – and the first way to address it is to acknowledge that it happens. 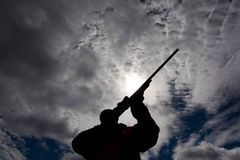 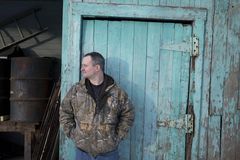 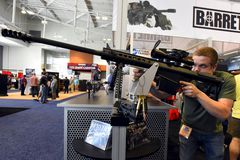