In theory, employee discounts should be treated as compensation and taxed as if they were salary. In theory, this is a no-brainer.

After all, if your company gives you a $1 raise, you will pay, depending on where you live and which tax bracket you're in, up to 54 cents of that in provincial and federal income tax. What if your company, instead of giving you a raise, just gave you free merchandise? Should you pay no tax just because the pay was in kind, rather than in cash?

In theory, of course not. In theory, that $5 hamburger a fast-food worker got for free at the end of her shift should be taxed the same as if she got $5 on her paycheque.

And yet when the Canada Revenue Agency put out a tax interpretation that appeared to call for exactly that, pretty much everyone, including the Liberal government, said the CRA had got it wrong. And the CRA, though right in theory, did get it wrong. But it's important to spell out why.

It's especially important that the Liberal government gets it head around the practical problem with the CRA's plan. Doing so will help it figure out its next steps on its own much more sweeping proposals on small-business taxation – including understanding which it should push through, which it should soften, and why.

The idea of taxing income equally is at the heart of any idea of tax fairness. Unless we want to encourage the creation of tax loopholes, our tax system has to try to respect it. That's been the Liberal government's main argument in favour of its plans to close small-business tax loopholes, and it's a good place to start thinking about tax fairness.

Our tax code already says that if your employer gives you benefits as part of your employment, those are normally taxable. If you ask your boss to give you a $50,000 boat instead of a $50,000 salary, your ship won't come sailing in, tax-free. That loophole was closed long ago.

When I was a teenager, I worked as a waiter at several restaurants. (Highest-end joint: Red Lobster). Some offered a discounted meal at the end of a shift. These weren't treated as taxable benefits, but at first blush, you can see why the CRA concluded they should be. And then, at second and third blush, you start to realize why doing so might not make sense.

It comes down to a question of proportionality and reasonableness.

There's an old Latin expression: De minimis non curat lex. The law should not concern itself with trifles. In theory, John's half-price meal is a benefit, and thus must be taxed. But figuring out how to extract an extra dollar or two of income tax out of John as a result of his discounted meal seems likely to turn into a very costly and complicated exercise, repeated a million times across the country, for little or no gain or even a negative return to society, which is its own type of unfairness.

Now consider Jane, who works as a manager at a major grocery chain. Let's say that as part of her compensation, her employer decides to give her $500 a week of free groceries. That's $26,000 of free groceries a year.

Should she have to pay tax on that employee benefit? Yes she should, and yes she will. The CRA already taxes major employee benefits, like a car allowance or free parking (with a few exceptions such as health and dental coverage). Aside from that, the principle of treating cash payments and in-kind benefits as equally taxable is generally upheld, at least when the perk is large and easy to spot.

But when what's at issue is small, the same principle is often ignored, and understandably so. The question of where to draw the line – what's a big enough breach to be taxed and what's peripheral enough to be better off left alone – comes down to whether the benefit to society of that extra dollar in tax revenue outweighs the costs imposed on taxpayers in collecting it.

That's the equation the Liberals have to consider as they refine their small-business tax proposals.

When tax law goes after tax trifles, it's likely to create a whole new set of problems, which will themselves require a future fix. As carpenters say, measure twice, cut once. 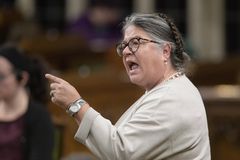 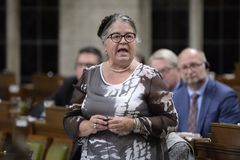 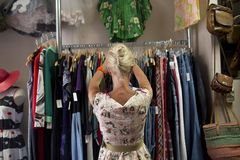