Far from the watchful eye of the world's media, war is ravaging Yemen, killing thousands of civilians, and starving and displacing millions more.

This brutal conflict should be in the spotlight, especially in countries that supply arms to Saudi Arabia, which leads the coalition accused of causing most of the civilian deaths. Countries such as Canada.

This year, the Liberal government approved $15-billion in sales of light-armoured vehicles (LAVs) to the Saudi kingdom, a sale that gave this country the dubious honour of being the second-greatest exporter of arms to the Middle East, The Globe and Mail's Steven Chase reported in June. Earlier versions of Canadian-made LAVS seem to have been used in the war against Houthi rebels in Yemen, The Globe reported in February.

Human-rights groups protested against the sale, but otherwise there has been little public outcry.

The government's argument for selling the combat vehicles to a country with an abysmal human-rights record boiled down to, "it creates jobs," and "if we don't, someone else will." Those are lousy arguments for a country aiming to be a leader in global freedom and progress.

The Saudi-led Arab coalition's air strikes are responsible for the majority of the 3,800 civilian deaths in Yemen in the past 18 months, according to a new report from the United Nations High Commissioner for Human Rights released Thursday.

The Saudis' enemies, the Shia Houthi rebels and their allies backing the deposed president Ali Abdullah Saleh, are also responsible for atrocities, possibly including the use of land mines. Cluster bombs are landing on civilian targets. Children are being recruited into militias. An entire country is running out of medication and food.

The war in Yemen is said to be a proxy war that Saudi Arabia is waging with Iran through the Houthi militia, but there's nothing proxy about a bomb landing on a wedding celebration.

"The resilience of the Yemeni people has been stretched beyond human limits," the UN report warns. It calls for an independent report into the civilian devastation, which may be cold comfort to the people who are being bombed in marketplaces, schools, factories and hospitals.

A ceasefire ended in early August, which has caused the destruction to increase again. Médecins Sans Frontières (Doctors Without Borders) recently withdrew its staff from six hospitals in northern Yemen, after a devastating hospital bombing on Aug. 15 killed 19 and injured 24.

MSF said it gave the GPS co-ordinates of its facilities to the warring parties. Announcing its pullout from the region, the medical aid group said: "MSF is neither satisfied nor reassured by the Saudi-led coalition's statement that this attack was a mistake."

At the same time, it's hard to know the exact scope of the destruction, considering how lethal it is for journalists to operate in Yemen. It's extremely difficult for foreign reporters to gain access to the country, and local journalists have been killed, harassed, kidnapped and imprisoned.

John Kerry, the U.S. Secretary of State, was in Jeddah this week for "peace talks" with Saudi officials, even as his government is selling billions of dollars worth of arms to Saudi Arabia. The most recent deal, $1.15-billion (U.S.) in tanks and other arms, was approved earlier this month, though a small group of U.S. lawmakers is trying to delay the sale until Congress can study it further.

The Obama administration has approved $110-billion in arms sales to Saudi Arabia in the past six years, New York University professor Mohamad Bazzi recently wrote in The Nation, part of a complicated geopolitical dance to balance interests in the region.

"The United States is complicit in this carnage,"The New York Times wrote in an editorial about the war in Yemen this week.

If the United States is the No. 1 supplier of arms to the Middle East, Canada is now No.2, according to figures compiled by the defence-industry publisher IHS Jane's and reported in The Globe in June.

Canada is not in the same weapons-dealing class as the United States, which supplies Saudi Arabia with helicopters, missiles and arms. However, the Canadian government has diluted the language around arms-export controls to make them less sensitive to human-rights concerns and more attuned to commercial interests.

All of this should raise alarm bells, or at least spark interest in knowing more about this country's arms-export deals. Unfortunately, the war in Yemen is grinding and complicated and far, far away. An entire population will pay the price for the world looking the other way.

Opinion
Canada should act quickly to provide aid for Yemen 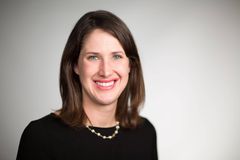