The deluge flooded downtown streets and basements of high-rise office towers, causing more than $80-million in damage and nearly drowning two men who were trapped in an elevator with the rising water.

The Aug. 7 downpour in Toronto dropped 72 millimetres of rain in the city centre in a few hours, the kind of storm that is expected only once every 100 years, according to Environment Canada. Bay Street towers, including TD Centre, took on storm water and lost power; service was disrupted at Toronto’s commuter hub, Union Station; and ground-floor meeting rooms were under water at the Metro Toronto Convention Centre.

The $80-million is for insured damages, the Insurance Bureau of Canada said on Friday. Uninsured costs were likely higher, while severe weather across the province has caused more than $1-billion in insured property damage, the bureau said.

It was a summer of fire, heat and flood in Canada.

And while some are calling this a “new normal,” scientists suggest Canadians need to brace for ever-greater disruptions as greenhouse gases build in the atmosphere and global temperatures rise.

The growing number of provinces opting out of Ottawa's carbon tax has intensified debate over how to address climate change. How ambitious should Canada be in reducing emissions? And what are the best policies for doing so?

But while the politicians debate this country’s role in the global effort to avert catastrophic climate change, scientific evidence is overwhelming that the Earth is already warming, and the effects are being seen across the world and here at home.

In British Columbia, hot, dry weather fuelled forest fires that blanketed much of the province and parts of Alberta in thick smoke and caused breathing problems. The amount of forest burned in B.C., about 1.33-million hectares so far, topped 2017's record of 1.22-million hectares.

A heat wave in Central Canada in early July was blamed for more than 74 deaths in Quebec, while New Brunswick experienced record flooding of the Saint John River in the spring.

Homeowners, business leaders and politicians at all levels of government are faced with increasing evidence that they will have to confront the effects of climate change. That means identifying the specific risks to their families, their businesses or their citizens, and taking action to manage and reduce them.

The adaptation efforts should not come at the expense of reducing emissions, said Laura Zizzo, whose company, Zizzo Strategy Inc., works with industry to identify and manage climate-related risks.

"We have to work hard to avoid the unimaginable and manage the inevitable," she said.

Global average temperatures have increased one degree C above preindustrial levels, and the concentration of atmospheric carbon dioxide is rising to dangerous levels, the U.S. agency NASA says. The past 19 years included 18 of the warmest on record, according to a report this week from the Global Commission on the Economy and Climate, a group of international politicians and business leaders.

Canada is warming at twice the global rate, said Nathan Gillett, director of the Canadian Centre for Climate Modelling and Analysis. While the increase is greatest in the Arctic, above-average warming is being seen across the country, he said.

"We have observed an increase in heat waves and extreme hot events, and we expect that to continue into the future," he said. The picture is "more nuanced" with precipitation and flooding, because it is more difficult to blame the global trend for a specific storm in a specific location. Still, "more intense rainfall is consistent with what we expect for the future," Dr. Gillett said.

While storm intensity is not solely influenced by climate change, the global phenomenon can increase the likelihood of extreme events, said Kate Marvel, a climate scientist at Columbia University and the NASA Goddard Institute for Space Studies. The amount of water vapor the atmosphere can hold increases with temperature. "The result? More intense rainstorms," Dr. Marvel wrote in a blog this week for Scientific American.

Businesses that regularly deal with financial risk – banks, pension funds and the securities industry – are in the forefront of assessing the economic threats, but few people consider the physical risks, Ms. Zizzo said.

"The big thing that people have not thought about enough is the physical risks to their organizations from extreme weather and climate-related impacts," she said.

University of Alberta's Dr. Flannigan said the rising temperatures are a key ingredient, but not the only cause, of the increased vulnerability of Canada's vast forests. Three conditions are needed for a raging forest fire: fuel, ignition and hot, windy weather, he noted. Climate change is helping provide the perfect fuel – dry trees – for a blaze, and the hot, windy weather to spread it rapidly.

Federal and provincial governments need to work with municipalities, First Nations and businesses to reduce risks, he said. Strategies include more rapid response and better planning so communities create fire breaks and take other measures to minimize threats.

In cities and towns, municipal planners and building owners should factor resiliency into their design and construction, said Blair Feltmate, head of the Intact Centre on Climate Adaptation in Waterloo, Ont. Among its efforts, the Intact Centre is working with the Standards Council of Canada to develop codes for flooding-proofing homes, communities and commercial buildings.

Strategies can be as simple as adding a curb to the entrance of an underground parking lot to reduce flooding, or installing a device on the bottom of an elevator that will send it to a higher floor when it encounters water. But many strategies are costly and the payback is uncertain.

"We’re doing good things [as a society], but are we keeping up to the stress? The answer is no," Dr. Feltmate said. "There is too much complacency in the system. We’re not deploying the adaptation practices nearly fast enough." 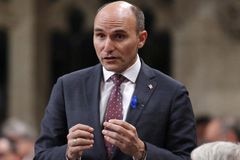 Why are people in Vancouver (and Toronto) so unhappy?
September 7, 2018 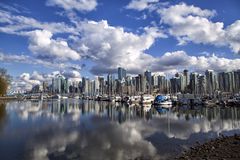