Ian Bailey and Erika Ibrahim
Vancouver and Ottawa
Published May 17, 2021 Updated May 18, 2021
Comments
Text Size
Please log in to listen to this story. Also available in French and Mandarin. Log In Create Free Account

The activist, documentary filmmaker and former TV host was courted to seek office for years by Jack Layton, the late federal NDP leader, but Mr. Lewis turned him down repeatedly. However, Mr. Lewis, 54, said Monday it was time to take his commitment to progressive causes into elected politics.

And he said there was no better place to do that that the riding where he will run given he has had a home there, in the community of Halfmoon Bay, for 15 years. He lives with his wife, the bestselling author Naomi Klein, and their son who was born in the riding, northwest of Vancouver. After two recent years living in New Jersey, Mr. Lewis and his family returned to the riding.

In an interview, Mr. Lewis said he thought of running in a Vancouver riding, but decided six months ago as he began preparing his campaign, that “This is where I am making my stand” adding, “I feel I am deeply connected here.”

But Mr. Lewis is not expecting an easy political time in a riding where the NDP came fourth in the 2019 federal election. The seat is held by Liberal Patrick Weiler. Mr. Lewis acknowledged he will have to introduce himself to voters in parts of the riding, such as the City of West Vancouver, where he hasn’t lived.

“This is going to be a hard riding to win,” he said. “We’re an underdog campaign, and I am excited to fight from that basis.”

Mr. Lewis said he will be looking for progressive voters in the riding anxious for action on issues such as housing and climate change, and “deeply dismayed” by federal Liberal shortcomings on both files.

Mr. Lewis said his 83-year-old father is “hanging in” as he copes with abdominal cancer. “He is still entirely himself, just a tired and pained version of that self. He’s an extraordinary figure.”

He said people want to talk about legacy and entitlement, but he doesn’t feel entitled to anything. “I have always voted NDP, but I have never run for the NDP before. I don’t have anything that was handed down to me except an understanding of the struggle for social justice.”

Karl Bélanger, a principal secretary to former federal NDP leader Tom Mulcair and press secretary to Mr. Layton, said Mr. Lewis’s high profile could help the party’s prospects in the riding and beyond.

“Lewis is a star candidate. I think everybody would agree on that,” Mr. Bélanger said. “He has name recognition that goes beyond the usual candidate, so that name recognition does help. It helps in his own riding, of course, but it also helps the party generally.”

Mr. Weiler won with 35 per cent of the vote in 2019. In that campaign, the Conservatives came second, and the Greens third. The NDP was fourth. In a statement, Mr. Weiler said he looks forward to engaging the other candidates in the next campaign.

The Conservatives have nominated John Weston, the riding’s MP from 2008 to 2015.

Political scientist Gerald Baier at the University of British Columbia said the riding has oscillated between Liberal and Conservative representation so it is not a natural riding for the NDP to win.

Dr. Baier said he expects the typical West Vancouver voter to skew Conservative or at the very most Liberal.

“I would say the riding is probably pretty socially liberal, but maybe a little bit more economically conservative. And that’s sort of the Liberal sweet spot. A person like Weiler fits that,” Dr. Baier said. “You’re going to have to really earn it in terms of winning a riding like that.”

Asked whether Ms. Klein would lend her profile to his campaign, Mr. Lewis said she has been enlisted as the master of ceremonies for his campaign launch. “I sincerely hope that’s an indication. We’re taking it one request at a time,” he quipped. 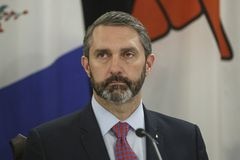 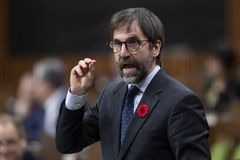 Opinion
Ten years after his Orange Wave, the NDP must recommit to Jack Layton’s project
May 2, 2021 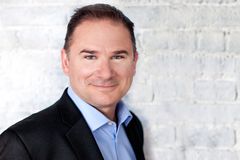