Canada expressed concern as Hong Kong authorities step up enforcement of a decades-old law that denies dual citizenship to residents of the former British colony, a population that includes 300,000 individuals with Canadian passports.

Ottawa learned that an imprisoned Hong Kong resident with a Canadian passport was earlier this month asked to declare whether they were Chinese or Canadian, according to Christelle Chartrand, a spokeswoman for the Department of Global Affairs on Friday. This is the first time this has occurred.

Individuals who declare themselves Canadian could now lose their residency rights to live in Hong Kong.

“It’s the beginning of the end for people in Hong Kong with Canadian status,” said Vancouver immigration lawyer Richard Kurland.

The policy on dual citizenship stems from a 1980 law in mainland China that was then applied to Hong Kong when the United Kingdom handed over the city to Beijing in 1997. “The law was on the books for years but it wasn’t always enforced,” Mr. Kurland said.

This new enforcement means Canada will be denied consular access to any Hong Kongers who, when forced to choose, declare themselves to be Chinese.

In a statement, Ms. Chartrand said China has begun to “enforce this law ... more broadly and rigorously.”

Canadian citizens in Hong Kong aren’t the only ones being made to choose, added Ms. Chartrand. “We are aware of more such incidents involving dual nationals of other countries.”

There are an estimated 85,000 American citizens and 100,000 Australian citizens in Hong Kong.

Ms. Chartrand said Ottawa is trying to gather more information about this change on the part of Hong Kong authorities, which was first reported by the National Post.

“Canadians who wish to receive consular services should present themselves as Canadian to authorities at all times,” she said.

This change comes as the Chinese Communist Party in Beijing has taken greater control of the coastal financial hub. Last summer, the Chinese government imposed a sweeping new national security law on Hong Kong. This security law was ostensibly to target secession, subversion and terrorism, but it contains vaguely defined offences that critics say effectively criminalize dissent and opposition.

Western countries including Canada have accused China’s one-party state of breaking a 1984 treaty in which Beijing pledged to maintain Hong Kong’s local autonomy, civil rights and rule of law for 50 years after the handover. Since last June, authorities in Hong Kong, backed by Beijing, have barred pro-democracy legislators from running for office. This month, police conducted sweeping arrests of most of the remaining opposition figures and activists.

Mr. Kurland warns that Canada’s 300,000 citizens in Hong Kong will eventually be forced to make a choice. He said he believes the Chinese Communist Party government in Hong Kong wants eventually to rid the city of residents with allegiances to Western countries.

Pro-Beijing forces in Hong Kong have been agitating for a crackdown on dual citizenship.

Regina Ip, a pro-Beijing lawmaker in Hong Kong, wrote a column in the South China Morning Post earlier this month that said residents should be required to make a choice between the right of abode in Hong Kong or foreign citizenship.

She said Beijing has long adopted a “one eye open, one eye closed” approach to Hong Kongers with dual nationality, but argued this should change.

“Twenty-three years after the handover, those who make a conscious decision to leave and, by implication, give up on Hong Kong, should be asked to make a choice – China or a foreign country,” she wrote.

China and the U.K. are currently in a dispute over London’s plan to offer a path to British citizenship to two-thirds of Hong Kongers. Those born before the handover can apply for a special British National Overseas (BNO) passport. The U.K. is offering BNO holders the right to live, study and work in Britain for five years and eventually apply for citizenship.

The Chinese government, angry at the move, said it would no longer recognize the BNO passport as a valid travel document as of Sunday, Jan. 31. 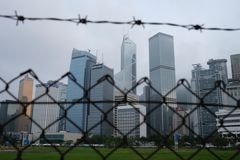 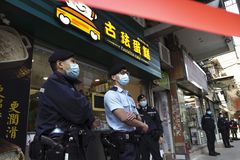 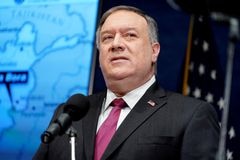