As the Trump administration prepares to send a bilateral trade agreement between the United States and Mexico to Congress, Canada finds itself in a state of limbo.

This country absolutely must have a trade agreement with the United States, even if it means making substantial concessions. Those who say Canadians should tighten their belts and seek trade opportunities elsewhere aren’t wearing those belts. Hundreds of thousands of jobs are at stake. This is for real.

But it appears that the Trump administration simply doesn’t want a deal. United States Trade Representative Robert Lighthizer is not offering an American quid in exchange for a Canadian quo. The administration is demanding nothing but concessions from Canada – on dairy, on dispute resolution, on sales taxes for duty-free goods (for crying out loud) – and is offering nothing in return, including no assurances that the Americans won’t introduce new tariffs after the agreement has been signed.

“If the U.S. is essentially saying it can impose unilateral tariffs any time it wants and no one can do anything about it … how do you do a deal with the Americans under those circumstances?" he asks. The Americans are not demanding that Canada sign a bad deal. The Americans are returning to a state of nature.

But make no mistake: Canada is in a bad place. Unless the two sides can strike some kind of agreement in the coming days or weeks, the fate of this country’s trading relationship with the United States will be out of the hands of this government.

In the short term, at least, the Liberals will profit from the situation. A resolute Prime Minister and Foreign Affairs Minister refuse to be cowed by this bully of a president, this predator, this Mussolini wannabe.

Canadians of every political stripe will stand in solidarity with the government on this day.

But there are almost 400 days to come until the next federal election. Will the Canadians and Americans find a way to reach an agreement next year if not this year, vindicating Canadian perseverance? Will Mr. Trump lay off auto tariffs, convinced by the industry executives that those tariffs would be as hard on the U.S. economy as on the Canadian? Or will everything go south?

Eventually, the Conservatives will roll out their counternarrative. A deal was reachable on this day and on these terms, they will say, but the Trudeau team rejected it, hoping for something better. Mr. Trudeau and Foreign Affairs Minister Chrystia Freeland blew it. The NAFTA narrative will join with the pipeline narrative and the carbon tax narrative into a single story that will determine the fate of this government.

What will matter most is what happens going forward. Does the auto sector muddle through, growth continue and unemployment remain manageable, or does uncertainty and the threat of tariffs begin to drag the economy down?

“Uncertainty is almost as good as no deal at all for the Americans,” observes Pedro Antunes, deputy chief economist at the Conference Board of Canada. If you were going to build a new factory, why would you put it in Canada, when no one knows what tariffs may be slapped on your goods? Why not just put it in Tennessee?

Will Congress eventually rein in this President and this administration? If they don’t, and the United States abandons a rules-based trading system, what will become of us?

No one can answer these questions. The ones who know the most just shrug. 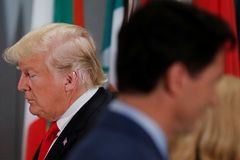 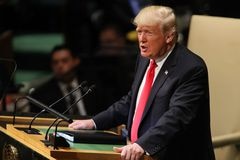 Opinion
A bad NAFTA deal? Canada should take it and run
September 21, 2018 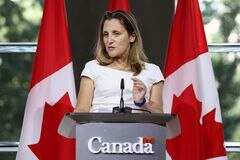