China has repeatedly declined to provide Canada with adequate scientific evidence to justify shutting the door to imports of Canadian canola seed, Ottawa says in a new complaint to the World Trade Organization that referees global commerce.

Canada this week laid the groundwork for a challenge at the WTO of China’s de facto ban on Canadian canola seed that began in March, a measure that targeted the former No. 1 export from Canada to China.

China has effectively stopped buying canola seed from Canada since March in what trade experts say is economic retribution for the arrest of Chinese tech executive Meng Wanzhou at Vancouver International Airport last December. Canada was fulfilling a U.S. extradition request under the terms of a treaty with the United States. The Americans allege Ms. Meng, chief financial officer at Huawei Technologies Co. Ltd., helped the company violate U.S. economic sanctions against Iran.

“Canada has repeatedly attempted to obtain information from China regarding the scientific basis for its measures and on the process to restore full market access for Canadian canola seed,” the Canadian government said in a Sept. 9 filing to the WTO.

“To date these efforts have failed to produce satisfactory results," the government said.

China’s refusal to even lay out a full rationale for the seed ban signals the depth of Beijing’s intransigence, veteran Canadian trade consultant Peter Clark says.

Under WTO rules, member countries are allowed to restrain trade but only if there is a science-based risk to human, animal or plant health, and such measures should not unnecessarily restrict trade.

“The request for consultations will not undo the log jam,” Mr. Clark said. “Nothing is going to be resolved until the Meng Wanzhou case is resolved.”

The loss of the Chinese market has already cost the Canadian canola industry about $500-million in the past six months. If these restrictions persist for a year, the loss will amount to $1-billion, according to Brian Innes, vice-president of public affairs at the Canola Council of Canada, which represents 43,000 producers.

In its complaint to the WTO, the Canadian government laments that Canadian officials have tried repeatedly through different channels to get answers from China on the scientific rationale behind the ban.

“Canada has employed numerous and varied formal and informal mechanisms at its disposal to solicit this information,” the Canadian government’s WTO filing said.

Canada accuses China of groundlessly blocking canola seed shipments in the complaint. “Canada believes China’s measures constrain Canadian exports of canola seed and that measures do not appear to be based on the relevant international standards, guidelines or recommendations."

The Canadian government told the WTO it asked China June 13, under WTO rules, to explain the measures it has taken. “China’s response of 12 July, 2019, fails to address the majority of questions posed by Canada in its request,” the government said.

The canola council’s Mr. Innes echoed the Canadian government on Beijing’s conduct, saying, “China has not come to the table and engaged constructively.”

China has cited the detection of potential economically damaging pests in Canadian canola seed shipment – what are referred to as “quarantine pests” – as the reason for these restrictions, but has not fully explained it. They list three weed seeds and two diseases. “We don’t have sufficient evidence to know if they are legitimate concerns,” Mr. Innes said.

In 2018, canola seed was Canada’s single largest export to China based on dollar value. Exports exceeded $2.78-billion last year, according to Statistics Canada.

Canola farmers have not found a new market for the vast majority of the canola seed China used to buy, Mr. Innes said. Unsold canola is piling up at the farms of Canadian producers. “Volume-wise, our canola exports to places other than China have not increased over the previous crop year,” he said. “Statistics Canada [recently] showed that there is more canola on Canadian farms at this time of year than at any point in history."

Farmers have asked Ottawa to beef up assistance programs to cover losses in income from the trade disruptions this year.

The Chinese embassy in Ottawa did not immediately respond to a request for comment Thursday. 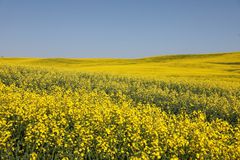 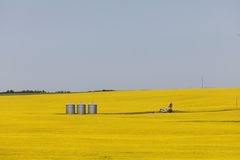