A foundation with Canadian connections and murky origins that operated out of a house in Southern California has been offering Canadian academics and scientists business-class flights to China and stays at five-star hotels in exchange for sharing their research.

Shrawan Kumar, a pioneer in spinal biomechanics, turned down an invitation earlier this year from the organization – the North American Foundation for Science and Technology – worried that it was a front for the Chinese government.

The Royal Society of Canada, whose members the foundation appears to be targeting, has warned its community that “we neither have knowledge nor affiliation with this enterprise.” The Royal Society is a national organization for the promotion of learning and research in Canada.

The North American Foundation for Science and Technology listed its headquarters as the home of Jonathan Lakey, a Canadian academic currently teaching at the University of California’s Irvine campus. In 2006, Dr. Lakey was fired from the University of Alberta for “financial irregularities related to his work with a third party,” provost Carl Amrhein said in a statement in November of that year.

The foundation, however, appears to be run by Yao Lu, who is not mentioned on its website, from Montreal.

It attempts to woo prominent scientists and medical professionals to travel to China to give paid lectures at universities and hospitals.

Dr. Lakey shut down the website on Feb. 25 and said he would no longer be part of the foundation after he was contacted by The Globe and Mail.

In his first telephone call with The Globe on Feb. 23, he said he had little knowledge about who was behind the foundation but had agreed to host the site while on a sponsored trip to China in 2018.

“I kind of did this as a favour to them and I spend most of my time telling people this isn’t a scam and that they really do bring people in and take good care of them and sponsor these lectures,” he said.

The Canadian Security Intelligence Service (CSIS) has warned this country’s universities and research institutions that Beijing is using academic recruitment programs such as its Thousand Talents Plan to acquire cutting-edge science and technology for economic and military advantage – effectively turning the programs into intelligence operations.

Dr. Lakey insisted the foundation is not part of such efforts.

“I don’t think there is anything going on in terms of the Chinese government involvement and trying to steal state secrets. The lectures are always published … it is not like they are divulging any trade secrets or things like that,” he said. “I wouldn’t get involved with something that is negative.”

In a second call with The Globe on Feb. 25, Dr. Lakey said the foundation’s website had been shut down.

“I don’t want to get involved in something that is negative. So I said, ‘Forget it.’ And I took my name off,” he said. “They can figure a different way to promote their business and this opportunity for scientists.”

Dr. Lakey said his key contact at the foundation was Cara Dong, who he said worked out of Shanghai. Ms. Dong appears to have used different names – including Cara Suzuki and Cara Li – in correspondence with Canadians she invited to travel to China.

Dr. Lakey said he had never met Dr. Lu, although he was quoted in a February article in a Czech newspaper saying. “Dr. Lu co-ordinates the visits and could provide the names of the institutions he works for.”

“I don’t know who Dr. Lu is. I have only dealt with Cara,” he told The Globe.

Attempts to reach Dr. Lu were not successful. Neither Cara Dong, Cara Suzuki nor Cara Li replied to requests for comment.

However, Robert Roberts, the former head of the University of Ottawa Heart Institute, said he accepted five all-expenses-paid trips to lecture at Chinese hospitals that were all arranged by Dr. Lu, who he said has homes in Montreal and China. A woman he remembered as Cara helped with logistics and arrangements in China.

Dr. Roberts said he has been asked on several occasions, by people who have been invited, whether the foundation is a scam.

“I always wrote back and said no, I had gone there and the experience was fine, and that I enjoyed it very much and everything was up and wonderful,” he said.

Dr. Roberts, who developed a gold-standard test to diagnose heart attacks, said he did not believe the foundation was a front for the Chinese government.

“Oh, I wouldn’t think so. I am not aware of that. All of my talks were on genetics and heart disease, all of which is published, and I co-author a lot of it,” he added.

However, Prof. Kumar turned down an invitation from Cara Suzuki on Jan. 23 because of China’s human-rights record, as well as concerns about the foundation’s possible connections to the Chinese government.

In an interview, Prof. Kumar, a professor emeritus at the University of Alberta’s Faculty of Rehabilitation Medicine who helped develop a code of conduct for ergonomists worldwide, said he suspects the foundation is a “sleeper agency” trying to obtain leading-edge research.

“They are reaching out trying to recruit people so that they can get technical information that may be useful to them for whatever reason,” he said. “They try to recruit people with social and academic stature and then reward them handsomely … which I am not interested in doing.”

Both Prof. Kumar and Dr. Roberts are members of the Order of Canada and the Royal Society.

Darren Gilmour, executive director of the Royal Society, said some fellows recently received invitations to visit China once the pandemic has ended. The invitations were from Cara Li.

“Any invitation emanating from China needs to be carefully reviewed with due diligence,” he said. “It doesn’t mean all invitations should be refused, but be careful in case the state is involved in any way.”

Dr. Lakey did provide The Globe with a Feb. 23 e-mail from Ms. Dong in which she told him the foundation has “no relationship” with the Chinese government. 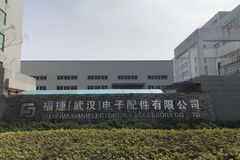 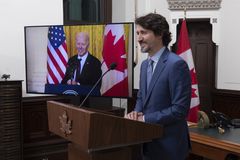 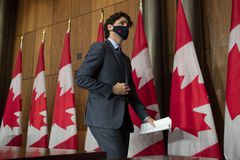