The Conservatives are using the Parliamentary Budget Office to help estimate the cost of the party’s election promises, in spite of concerns the new process creates a risk that their campaign announcements will be leaked.

On the ninth floor of an office building just two blocks south of Parliament Hill, a team of economists and researchers at the PBO are getting a private sneak peek at the potential promises that federal parties will announce ahead of the Oct. 21 election.

Conservative, Liberal, NDP and Green Party officials all told The Globe and Mail this week that they are using the PBO to provide an independent cost estimate for their election promises.

For the first time this year, Parliament’s spending watchdog has a legislated mandate to provide confidential costing analysis to political parties as they prepare their platforms. Parties can submit specific policy proposals to the PBO, which would then give the parties an estimate of how the idea would affect Ottawa’s bottom line. It is up to each party to decide whether the analysis it receives is made public.

The PBO has also published an online calculator – at readyreckoner.ca – that allows parties and the public to estimate how various tax changes would affect federal revenue.

While the PBO has added staff in order to conduct much of the analysis in house, the process also allows the PBO to ask federal departments for assistance if necessary. The finance department has said any costing-related work performed by the department for the PBO will be overseen by the department’s non-partisan deputy minister, Paul Rochon, and none of the information will be shared with Liberal Finance Minister Bill Morneau or his political staff.

When details of the process were announced last fall, Conservative finance critic Pierre Poilievre said his party would be hesitant to participate owing to concern that potential promises could be leaked to their Liberal rivals.

The Conservatives have since decided to participate.

In an interview Wednesday, Mr. Poilievre said the party was persuaded to work with the PBO based on several assurances provided by current Parliamentary Budget Officer Yves Giroux and his team.

“The Parliamentary Budget Officer told us that he would only go to government departments with our permission, and only with specific questions that we approve," he said. “He would also anonymize the questions as best as possible. There’s still obviously going to be some risks. It doesn’t take Sherlock Holmes to figure out which party would be asking about which policy, but the Parliamentary Budget Officer has put his personal integrity and credibility on the line in committing to protect our sensitive information and we can only take him at his word.”

Former prime minister Stephen Harper’s Conservative government created the PBO to provide parliamentarians with independent analysis of government spending. The Liberal Party promised in the 2015 campaign to expand the PBO’s budget and mandate to include assessing the cost of campaign promises.

The PBO at the time, Jean-Denis Fréchette, pushed back on the idea when it was proposed in a 2017 omnibus bill out of concern that it placed the non-partisan office in the uncomfortable position of assisting parties with their partisan work.

The plan still went ahead. Mr. Giroux has said he was aware of the new rules when he took the job and has been preparing the office for its new role.

In a brief interview, Mr. Giroux said his office is very busy working on costing promises for political parties.

He also said that it is up to each party to decide whether they use or release the PBO’s costing work and that he intends to keep a low public profile during the campaign.

“We’re quite busy, that I can say. We’ve had lots of requests,” he said. 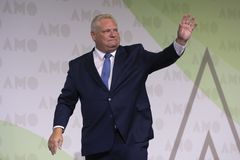 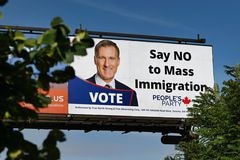