Hundreds of Canadians and permanent residents are frustrated by the length of time it is taking to bring their spouses to Canada as the COVID-19 pandemic has forced visa offices around the world to close and application processing has slowed.

Eligible Canadians and permanent residents can sponsor their spouse or dependent children to become permanent residents of Canada, which is usually a 12-month process. But COVID-19 has lengthened waiting times, and nobody knows how much longer they will have to wait.

Noor ul ain Mahmood, 25, says she has contacted hundreds of members of Parliament and government officials by e-mail and phone and launched a Twitter campaign, using the hashtag #FamilySponsorshipMatters, to bring attention to the delay in family reunification caused by the pandemic in hopes of having cases expedited.

Ms. Mahmood, who is a Canadian citizen originally from Pakistan, said she and her husband, Ibrahim, were married last year and applied for a spousal sponsorship visa that would allow him to come to Canada. He is currently living in Saudi Arabia. She said they have Sponsors Approval, which means she is eligible to sponsor her husband, but that his eligibility is pending. Ms Mahmood said his application remains at the background-check phase at an office in Britain, which has been closed because of the pandemic.

She described the separation from her husband as “mental torture.”

“The loneliness. It really gets to you on a mental level,” she said.

Ms. Mahmood said she is part of a Facebook group that has more than 1,000 members, and many are having a similar experience. The group, Canada Spousal Sponsorship Applicants Affected by COVID-19, is urging the government to introduce a special temporary-resident visa that would allow their loved ones to come to Canada while their spousal-sponsorship visa is being processed, after some initial background screening. They are also offering to pay to be tested for COVID-19.

Beatrice Fenelon, a spokesperson for Immigration, Refugees and Citizenship Canada, said the pandemic has had a “significant impact” on the department’s operations and ability to process applications, including spousal-sponsorship applications.

“Some IRCC offices are slowly opening up, and we anticipate some overseas offices to gradually open in the coming weeks and months. Some offices will partially open and will be limited to essential services; however, we continue to process permanent resident applications where capacity allows,” she said.

Ms. Fenelon said no application in process will be closed or refused because it is lacking a necessary document or missing a deadline, because of COVID-19.

Jenny Kwan, the NDP immigration critic, said she has heard from people across the country who are experiencing lengthy delays with spousal applications. Ms. Kwan said she wrote a letter to Immigration Minister Marco Mendicino outlining her concerns and including examples of delays and the problems they are causing for people.

“In the best of times, family separation is a challenge and difficult for people and especially in the face of COVID-19, it’s really amplified those challenges for people who are waiting to reunite with their loved ones, who … are just devastated that there appears to be no progress with their application,” Ms. Kwan said.

One case Ms. Kwan said she highlighted in her letter to the minister is of a Canadian man’s wife who suffered a miscarriage in Ecuador while waiting for her application to be processed.

“They’re grieving apart, and they can’t be together, and it’s just a heartbreaking case,” Ms. Kwan said. So far, she said, the couple have been waiting for 16 months.

Ms. Kwan said moving forward, and apart from addressing delays caused by the pandemic, the issue of family reunification needs to improve.

Ms. Kwan said she has heard from members of the group Ms. Mahmood is part of and supports their proposal for creating a temporary visa, subject to background checks, while their loved ones wait. She said she supported a similar measure that was discussed in 2017 at the House of Commons immigration committee, but which was not recommended in the committee’s final report. 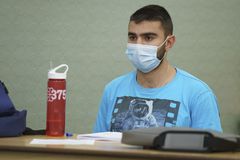 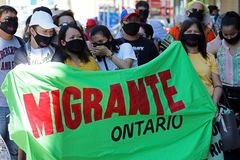 ‘Be positive, be resilient, be kind’: New Canadians reflect and offer advice for those who come after
July 1, 2020 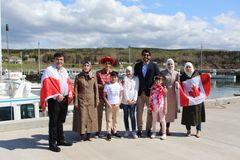