Coronavirus information
The Zero Canada Project provides resources to help you make the most of staying home.
Visit the hub
Michelle Carbert
Ottawa
Published May 28, 2020 Updated May 28, 2020
Comments
Please log in to listen to this story. Also available in French and Mandarin. Log In Create Free Account

Prime Minister Justin Trudeau is leading a United Nations effort to help developing countries recover from the social and economic crises caused by the COVID-19 pandemic.

Mr. Trudeau opened a virtual meeting of dozens of world leaders, heads of international finance institutions and private-sector representatives Thursday by saying the world’s most vulnerable cannot be forgotten in pandemic recovery plans. The meeting, co-hosted by UN Secretary-General Antonio Guterres and Jamaican Prime Minister Andrew Holness, marks the largest gathering of world leaders since the pandemic began. It also comes weeks ahead of Canada’s bid for a seat on the UN Security Council.

“Canada has a long tradition of convening, of gathering people together to deal with larger issues and that is certainly a role we hope to play on the UN Security Council,“ Mr. Trudeau told reporters during a video news conference with Mr. Guterres and Mr. Holness

“We demonstrated today, on an issue that we’ve been working on over the past five years, in terms of developing financing and including economic flows to countries in need, that this is something [where] we can gather critical masses of consensus around the world.”

Canada is seeking one of 10 rotating non-permanent seats in 2021-22 on the UN’s most powerful branch. The vote for two of those seats is scheduled for June 17.

The world leaders at Thursday’s virtual meeting discussed six subject areas, including debt concerns for developing countries, the need to expand liquidity in the global economy, and measures to align recovery policies with the UN’s Sustainable Development Goals (SDGs). Leaders will reconvene in July to submit proposals on the six issues.

The SDGs are an ambitious set of UN objectives focused on ending poverty, fighting inequality and tackling climate change by 2030. The UN says a global response of about US$8-trillion – 10 per cent of global GDP – is required to ensure the pandemic doesn’t “derail” chances of achieving the SDGs by 2030.

Mr. Guterres warned these “challenging and dangerous times” could force 60 million people into extreme poverty and leave half of the global work force – 1.6 billion people – without livelihoods.

“Unless we act now, the COVID-19 pandemic will cause unimaginable devastation and suffering around the world. Hunger and famine of historic proportions,” he said.

Caribbean leaders, including Mr. Holness, spoke about the impact of the pandemic on their countries. The region has suffered serious economic hardship as a result of a collapsing tourism sector.

Barbados Prime Minister Mia Mottley said the UN gathering must amount to more than just “glorious speeches” – it must trigger action. She specifically called for efforts to ensure all countries – not just the world’s largest and most powerful – can access the goods and credit needed to recover from the pandemic.

“I am happy that the Prime Minister of Canada has spoken about thinking outside of the box but we need to go further beyond words,” said Ms. Mottley, who also chairs CARICOM, an alliance of 15 Caribbean countries.

Pakistani Prime Minister Imran Khan said countries in the developing world simply don’t have the “fiscal space” to revive their economies and look after the most vulnerable sections of their societies. For instance, he said Pakistan has sidelined one of its key environmental initiatives – planting 10 billion trees – because it needs the money to help its citizens through the COVID-19 lockdown.

The UN meeting comes as other international organizations and alliances take steps to mitigate the economic impact of the virus. The G20 alliance recently agreed to suspend payment obligations on bilateral debt owed by the world’s least developed countries until the end of the year in an effort to help governments free up more than US$20-billion to support health services.

France and Germany have also proposed the European Commission borrow US$545-billion for a coronavirus relief fund to support regions and sectors hit hardest by the virus. 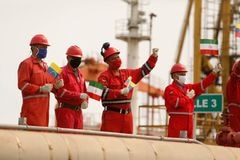 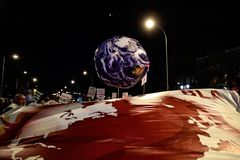