The Duke and Duchess of Sussex should pay for their own security while living in Canada if they aren’t performing royal duties, former Conservative heritage minister James Moore says.

“If they are not actually active members of the Royal Family and performing royal duties and they’re private citizens pursuing private wealth, then they should pick up the tab and the obligations associated with that of their security,” Mr. Moore said in an interview Wednesday.

Mr. Moore said Canada has obligations when there are high-profile visitors in the country, as well as to the Royal Family.

But he said those obligations change if Prince Harry and his wife, Meghan, plan to become private citizens, stepping away from public roles.

“By all means, that is their choice and people, of course, respect that,” Mr. Moore said. “But you can’t then expect taxpayers to fill the gap that you get all the benefits of public life and none of the financial obligations of it.”

The federal government has been very careful in its public comments in response to the announcement by the Duke and Duchess that they intend to spend time in Canada as part of a transition plan that includes becoming financially independent.

The Queen has agreed to the plan, saying her family is “entirely supportive” of Harry and Meghan’s desire to create a “new life as a young family.”

“Although we would have preferred them to remain full-time working members of the Royal Family, we respect and understand their wish to live a more independent life as a family while remaining a valued part of my family,” she said.

The Privy Council Office has declined to comment on potential security implications, while Prime Minister Justin Trudeau told Global News in an interview this week that there are still a lot of decisions to be made on the “level of engagement" the couple will choose to have.

On the matter of security, Mr. Trudeau said it is "part of the reflection that needs to be had and there are discussions going on.”

The federal government is right to wait to comment further until it knows more about the couple’s plans, including how often they would be in Canada and where in the country they want to be living, Mr. Moore said Wednesday.

This week, the Canadian Taxpayers Federation (CTF) launched a petition directed at Mr. Trudeau to ask him to ensure taxpayers’ money isn’t used to support Harry and Meghan.

“The idea that regular Canadians should have to pay the bill on their behalf, it just strikes most people as wrong, unfair, a waste of taxpayer money,” the CTF’s federal director, Aaron Wudrick, said in an interview Wednesday.

Mr. Wudrick said his organization does not take issue with public spending associated with official royal tours. After the 2016 tour of the Duke and Duchess of Cambridge, for example, the RCMP reported it spent about $2-million on policing.

Veteran NDP MP Peter Julian said Wednesday that his party respects the couple’s decision to spend time in Canada, especially given the harsh treatment of the British press. But he said the key will be finding out exactly what the couple means by their intention to become financially independent.

“I certainly don’t see why that would mean Canada picking up security costs,” he said. 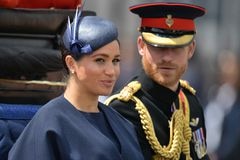 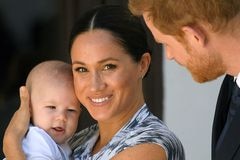